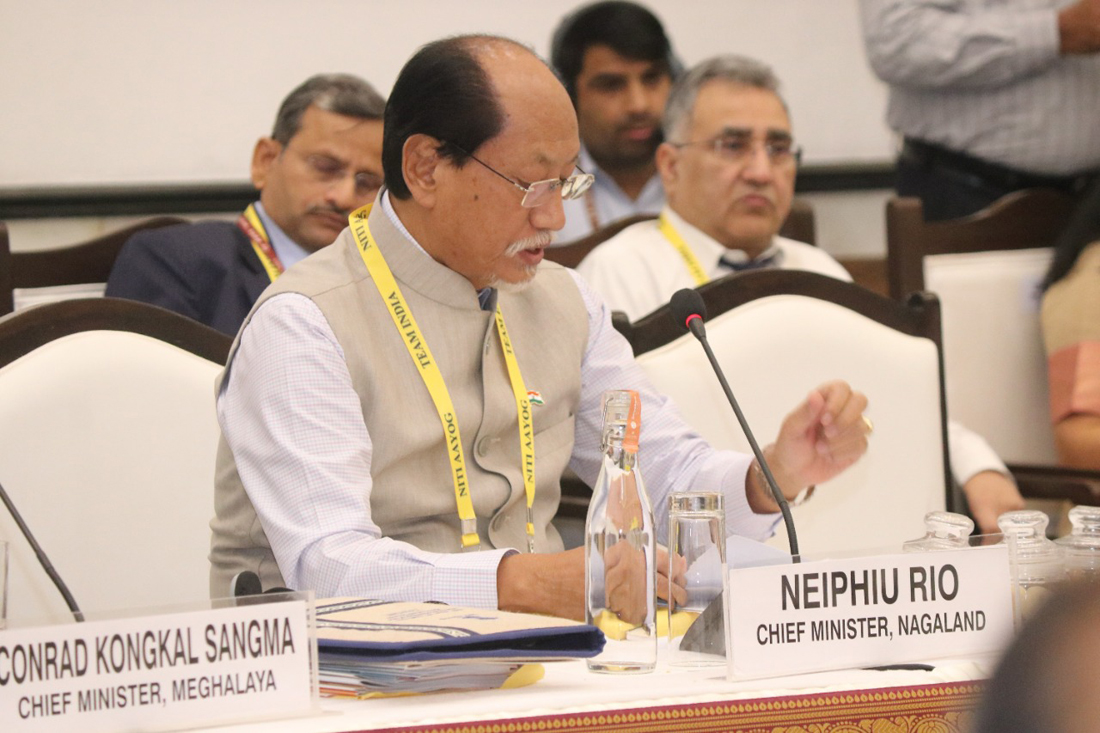 Aug. 7: Chief Minister of Nagaland, Neiphiu Rio, on Sunday, proposed six power projects for strengthening the state’s power system and revenue generation. Neiphiu Rio was speaking at the 7th meeting of the Governing Council of NITI Aayog in New Delhi. The proposed projects are

The proposed are in addition to the existing projects like Zungki HEP and Lower Tizu projects, which have been approved in principle for external funding by the Department of Economic Affairs.

Chief Minister Neiphiu Rio also informed that the Airport Authority of India (AAI) had conducted the feasibility survey for the airport in 2006-07 and acquired 1013.72 acres of land at a cost of INR 18.06,50,000. The AAI has now done a revised DPR and the option for A320 Airbus aircraft is found feasible, he stated. He requested the govt. for immediate sanction of the project so that Nagaland has an airport “which will stimulate development and add to the National GDP”.

Regarding the 320.25 km Trans-Nagaland Highway or the Foothill Road, he said funding for the project was taken up under SPA, but after its discontinuation, the proposal is being followed up with the Ministry of Road Transport and Highways (MoRTH). “This road is crucial for transforming the economic scenario and also facilitate the productivity of agro-based industries in the state,” he said. Rio requested that the road be sanctioned at the earliest in the interest of faster economic development and regional connectivity.

Nagaland Chief minister Rio stated that the Multidisciplinary Sports Centre (Centre of Excellence for Sports) at Dimapur was conceived in 2004-05 with an objective to cater to training and higher–level competitive events in the state. The state government earmarked an area of 64.25 acres for the centre. The plan includes the main athletic stadium, AC indoor stadium, gymnasium, hockey stadium, aquatic complex, velodrome, archery range, sports medicine centre, outdoor games courts, boy’s and girl’s hostels, guesthouse , residential block, cafeteria , public amenities administrative block and services and utilities, he informed. He stated that the project was accepted by the then Planning Commission with an annual sanction of 10 crore for its completion, which was discontinued after NITI AAYOG was formed. Approximately INR 157 crore is required for completion of this project, he said and requested for its immediate sanction.