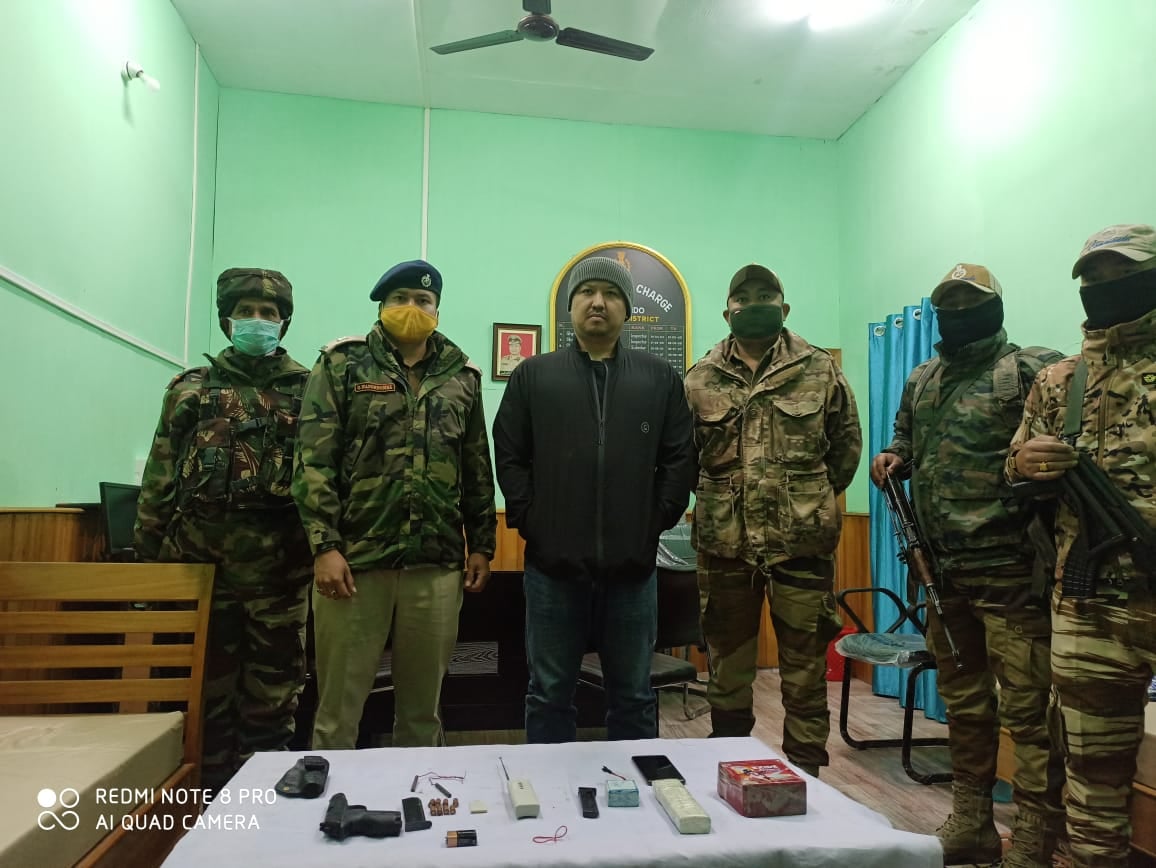 Imphal, January 13 2021: A combined team of Bishnupur district police commandos and 29 Assam Rifles averted a major explosion on Tiddim road today. The combined force arrested a cadre of the banned armed group UNLF with a huge cache of explosive, arms and ammunition from Ngakchoupokpi in Bishnupur district of Manipur.

He has revealed that his paternal uncle is Pambei Khudongbam, chairman of the UNLF, police said in a statement.

Acting on a reliable input that some cadres of the banned UNLF organization are planning to plant explosive devices and target security forces in Bishnupur district ahead of Republic Day, Bishnupur district commandos and a column of 29 Assam Rifles had conducted search operation at Ngakchoupokpi area at around 4.30 pm, said the police.

During the cordon and search operation, the security personnel came across two persons on the Inter-Village Road near Khwairakpam Yangoi Ningthou Temple in a suspected manner. As the team approached them, both of them ran away.

The security personnel chased and apprehended Khundongbam Lanjingba Singh while the other managed to escape, added the police.

He was found carrying a bag and on examination, the security personnel found the explosives and arms and ammunition. On questioning, he has revealed that he is working for the UNLF and on the instructions of one Self Style Major Nongdon of the UNLF. He had collected the mentioned items from one Bobo from Wangkhei Keithel Ashangbi to deliver it to an unknown person at Khwairakpam.

They were planning to plant the explosive device along Tiddim road before the Republic Day. The arrested person along with the seized items have been handed over to Bishnupur Police Station and a case has been registered.

Massive search is being carried out to arrest the other cadre, said the police.