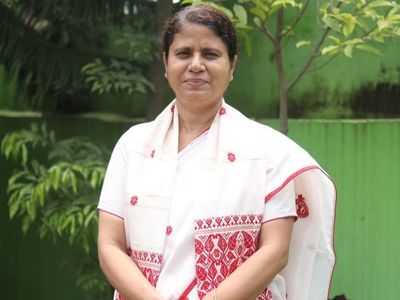 The Assam Pradesh Congress Committee (APCC) has also expelled her from the party. She was likely to join BJP.

Earlier, APCC on Thursday issued a show-cause notice to Neog asking her to clear her stand by Friday after reports of her decision to join BJP surfaced.

In a letter from Ranjan Bora, general secretary (admin) of APCC said, “There are media reports that you (Neog) and some other Congress leaders are going to join BJP. While all the other leaders have denied the reports, you have not clarified your stand. Therefore, you are asked to clear your stand within December 25.”

Already, following speculations of her joining BJP spread, she was removed from the post of District Congress Committee President of Golaghat with immediate effect.

Neog held the position of Minister for the Public Works Department (Roads & Building, NH), Urban Development & Housing during former Chief Minister Tarun Gogoi’s tenure. She entered active politics and was a part of Congress since 2001.