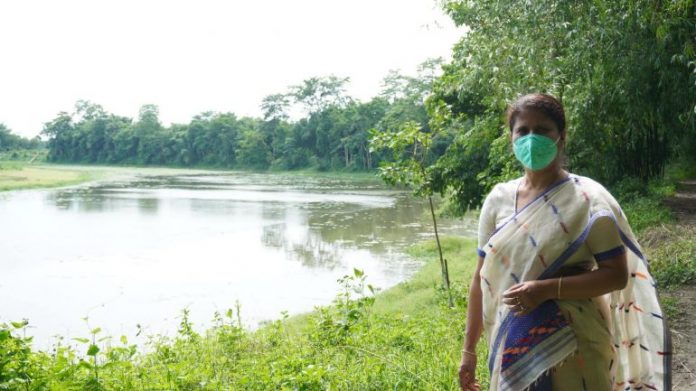 GUWAHATI: Congress leader Ajanta Neog will not join BJP on Saturday, said state’s finance minister Himanta Biswa Sarma on Friday. However, he did not deny whether she would join the saffron camp soon or not.

It was speculated that Neog would join BJP in presence of union home minister Amit Shah who would be addressing the Ajanta BJP workers here on Saturday.

Sarma said, “I also heard that she will join BJP but it’s for sure that there is no joining program tomorrow. Shah will visit the state for a separate purpose.”

Shah will undertake a two-day visit to Assam and Manipur from December 26. He will lay the foundation stone of a new medical college in Guwahati and distribute financial grants to 8,000 ‘namghars’, Vaishnavite monasteries, under the Assam Darshan programme.

On the other hand, the Assam Pradesh Congress Committee (APCC) on Thursday issued a show-cause notice to Neog asking her to clear her stand by Friday.

In a letter from Ranjan Bora, general secretary (admin) of APCC said, “There are media reports that you (Neog) and some other Congress leaders are going to join BJP. While all the other leaders have denied the reports, you have not clarified your stand. Therefore, you are asked to clear your stand within December 25.”

Neog, however, did not comment or reported to have furnished any clarification till the filing of this report. Already, following speculations of her joining BJP spread, she was removed from the post of District Congress Committee President of Golaghat with immediate effect.

Neog held the position of Minister for the Public Works Department (Roads & Building, NH), Urban Development & Housing during former Chief Minister Tarun Gogoi’s tenure. She entered active politics and was a part of Congress since 2001.