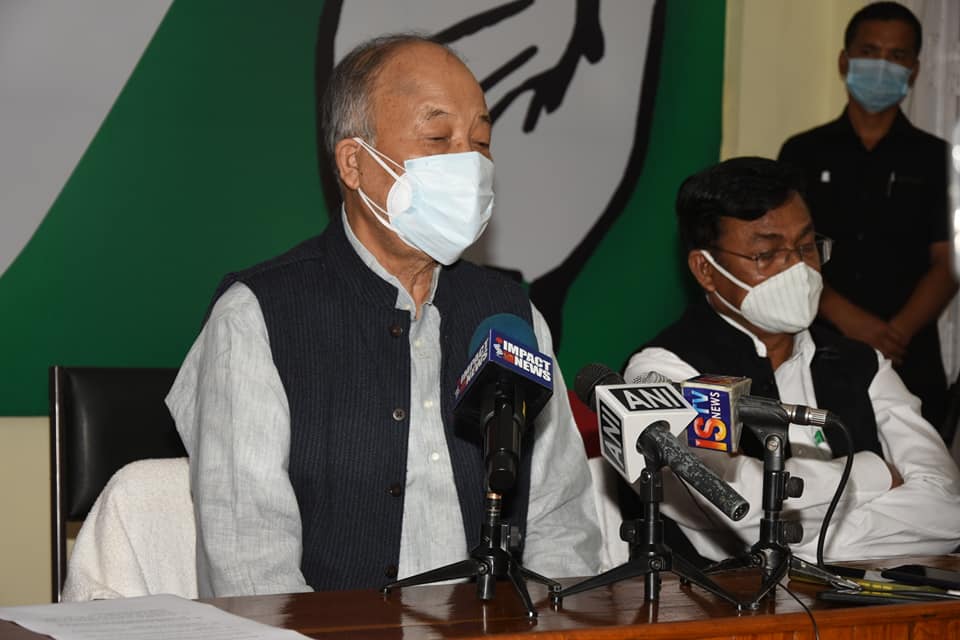 Imphal, Nov. 03, 2020: Congress Legislator Party leader Okram Ibobi today slammed the Chief Minister N Biren Singh for violation of the SoP laid down to control the COVID-19 pandemic. Ibobi said, N Biren Singh keeps on preaching and appealing general public to follow the Standard Operating Procedure(SOP) but they themselves including the Chief Minister and other Minister have violated the SOP.

Addressing media persons in a press conference at Congress Bhavan today, the former Chief Minister , O Ibobi further said that the ruling political party BJP has been campaigning for the by-election by violating the SOP.

He said that the era of the BJP is Dark reign and people know it. He appealed the people to support the congress for bringing development in the state.