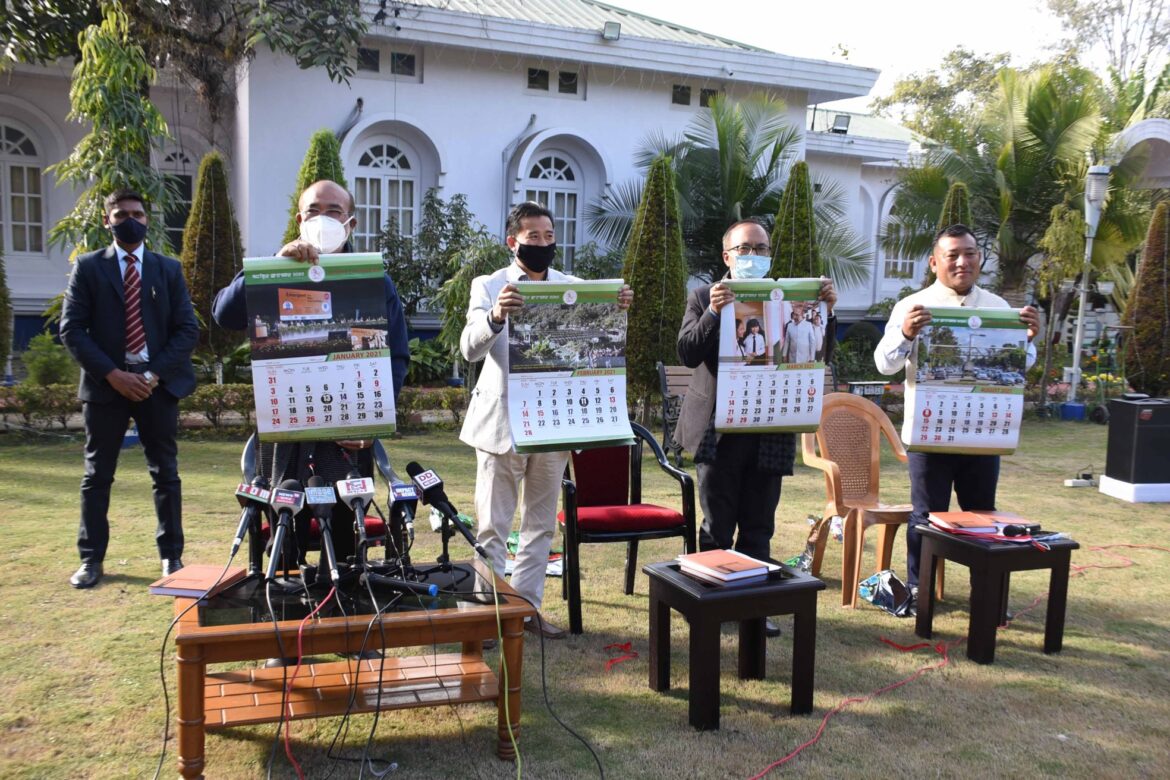 Manipur Chief Minister N Biren SIngh while releasing diary and wall calendar published by the Directorate of Information and Public Relations (DIPR) for the year 2021 said civil society organizations have been invited to a meeting with visiting Union Home Minister Amit Shah.

Talking to media regarding the Naga peace talk and the proposed visit of Amit Shah, Manipur CM claimed that the Central Government has no intention to create any new problem in the process of exploring a solution to the Naga peace talk. Perhaps it is for this very commitment that the Union Home Minister wants to meet all stake holders, Biren said.

Asserting that there must be a consensus among all the communities before a final solution to the Naga peace talks is sealed, the Chief Minister informed that CSOs of the State including UNC, Kuki Inpi and COCOMI have been verbally invited to talk with the Union Home Minister.

He said that the Chief Minister’s Office would write to the Ministry concerned so that formal invitations are given to all the CSOs.

Saying that Amit Shah had a big role in extending ILPS to Manipur, the Chief Minister appealed to all the people to come out and give a warm reception when he (Amit Shah) comes to Imphal. The Chief Minister urged the public to take part in the grand reception to be organized in Amit Shah’s honour’ at Hapta Kangjeibung.

At the same time, the State Government has been making necessary preparations so that Amit Shah can inaugurate some completed projects including Imphal-Thoubal-Kasom Road and lay foundation stones for some new projects including police headquarters building in front of the New Secretariat complex, IIT at Mayangkhang, Medical College at Churachandpur etc, Biren said.

N Biren lauded IPR Minister and the officials of the department for bringing out the diary and calendar on time.

Regarding the COVID-19 pandemic, he said that as positivity rate is declining in the State, the Government is confident that the disease would be brought under control soon. The Chief Minister also requested the public to strictly adhere to the SoP although some relaxations have been announced in connection with the Christmas festival.

The Chief Minister also said that there is the need to be still careful because a new strain of the virus has started spreading in UK. He urged the public not to organize picnic parties on New Year this time.

It may be mentioned that as part of the expenditure management measures to cope with the possible economic recession due to COVID-19 pandemic, printing of diaries, greeting cards, coffee table books and calendars in physical forms by administrative departments had been banned except those published by DIPR.

Price for wall calendar is Rs 100 per copy while rate for bulk purchase is Rs 90 per copy.