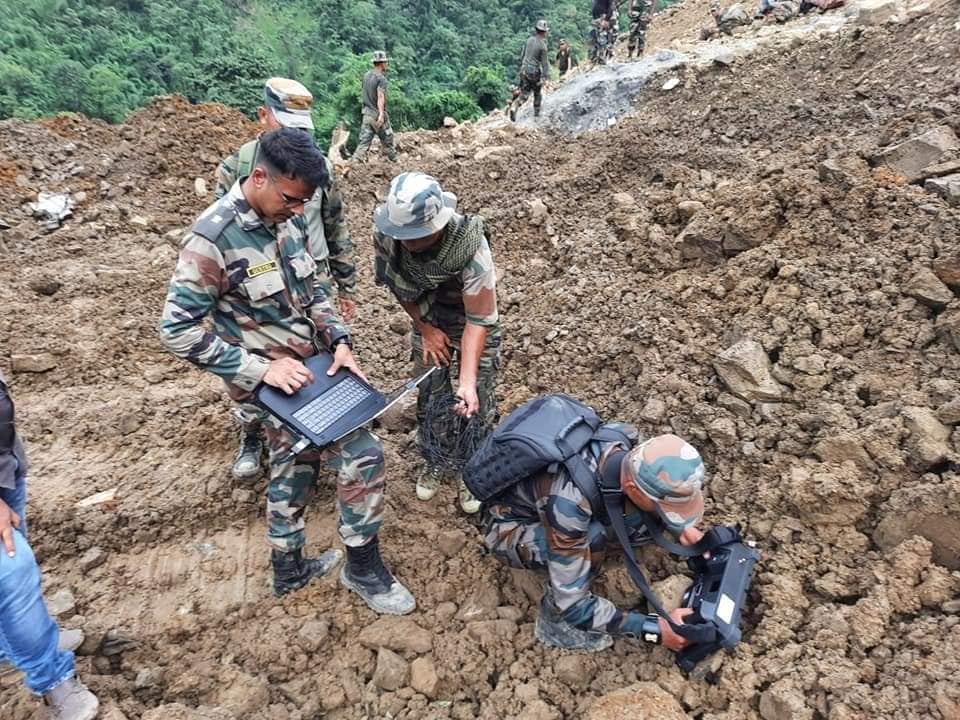 July 2, 2022: Search operations on Day 3 after at the deadly Manipur Landslide at Tupul Railway construction site resumed at 5:00 AM. Relentless search operations by Indian Army, Assam Rifles, Territorial Army, SDRF and NDRF at the site of the incident is ongoing.

Fresh teams were deployed in the today(July 2) morning to augment the efforts in the search. A ‘Through Wall Radar’ is being used. Through Wall Imaging Radar (TWIR) is a sensor used for detection and location of static and moving targets, especially human beings behind walls.  Besides TWIR, Search and Rescue Dog is being employed to assist in the search.

Mortal remains of 14 personnel including 1 JCO and 12 Other ranks of Territorial Army personnel were sent to respective home stations by two IAF aircrafts and an Indian Army helicopter, while one mortal remain was sent to Kangpokpi Distt Manipur by road, after wreath laying by GOC Red Shield Division and IG IGAR (South) at Imphal with full military honours in morning of 02 Jul .