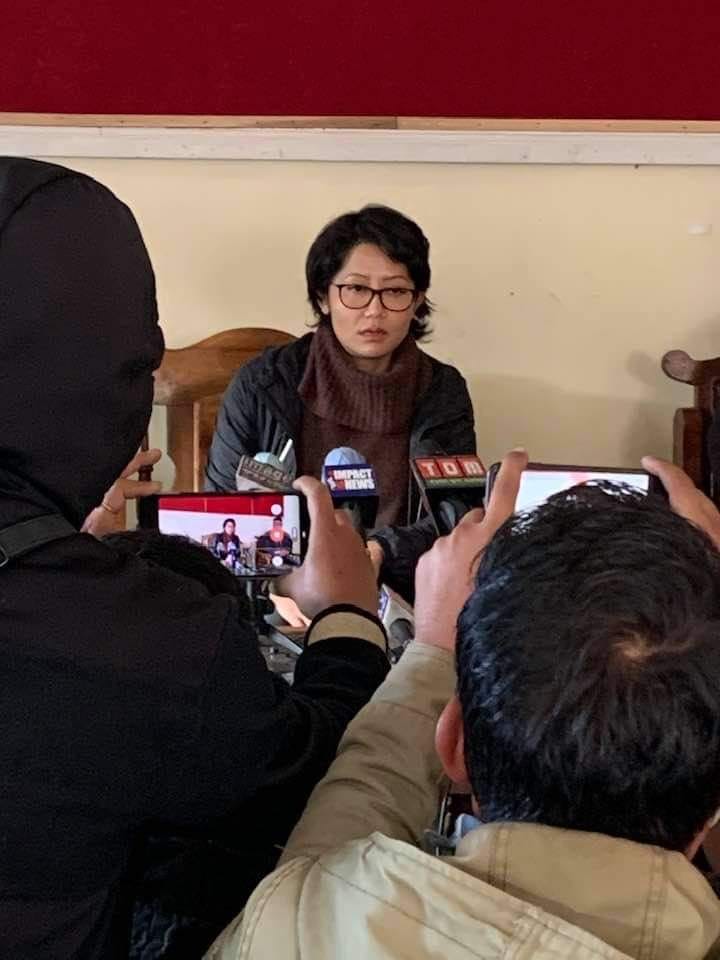 Imphal, December 18 2020: Manipur Police Service (MPS) Thounaojam Brinda Devi today returned the Chief Minister’s Gallantry Medal which was conferred to her on the occasion of the Patriots’ Day on August 13, 2018 .

Thounaojam Brinda stated that the State Government’s ‘War on Drug’ campaign was launched in 2018 and as a part of the campaign she arrested Lhukhosei Zou then Chairman of the Chandel Autonomous District Council (ADC) along with six other persons together with a huge quantity of drugs and she was conferred the Chief Minister’s Gallantry Medal in the same year for the high-profile and huge seizure.

But the Special Court, ND&PS acquitted seven among nine persons including Lhukhosei Zou yesterday against whom the trial was on before the Court.

“I don’t think I deserve the Chief Minister’s Gallantry Medal as the case has failed and the alleged main accused has been acquitted on the ground that the prosecution has totally failed to prove the charges levelled against them” Brinda said.

Brinda said she felt she was not competent enough in dealing with the case and had not conducted her duty as per the wishes of the State Govt and criminal justice delivery system of the land.

“Taking into consideration the latest development and their implications. I decided to return the medal to the Chief Minister”, she said..