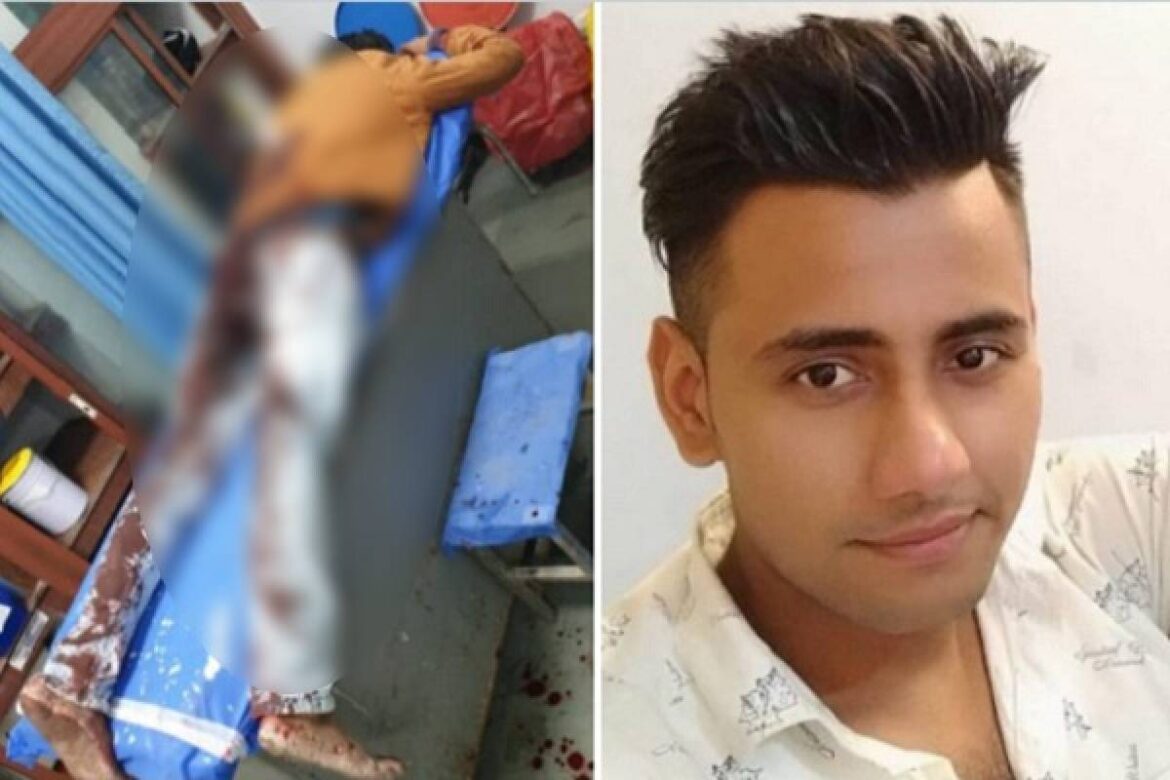 A 25-year-old man named Rinku Sharma was assaulted and then brutally stabbed to death by a mob that barged into his house on in outer Delhi’s Mangolpuri on Wednesday night, reports TOI.

The victim died in the hospital during treatment. He lived with his parents and two brothers in K-Block of Mangolpuri and worked as a lab technician at a hospital in Pashchim Vihar.

The victim’s brother says that a mob of assailants armed with knives and sticks forced their way on Wednesday evening.

“Before we could understand what was going on, the mob surrounded us and started asking about my brother,” he said.

Sharma was then dragged outside the house, beaten brutally before being stabbed with a large knife in the back. He succumbed to the injuries in the hospital. Other family members were also assaulted. In a video of the incident, the assailants can be seen trying to take a cylinder in house, purportedly to cause a fire.

In a display of power, the assailants intercepted the family members while they were on their way to the hospital with the victim. They allegedly reached the hospital as well.

Family members allege that they were on the radar of the group for over six months. The father of the victim said that the assailants used to harass the victim calling him a BJP supporter and used to abuse Prime Minister Modi, threatening them.

They assailants carried out the lynching after the family organised an event for the Ram Mandir.

In a video, the victim’s brother is seen as saying that the group of assailants – five brothers – had been harassing the family after they had organised an event for Ram Mandir. He said that they were angry over the fact that “Hindus were collecting” at the site.

The Police have reportedly arrested four persons, identified as Mohammed Islam, Danish, Zahid and Mehtab. The victim’s family members claim that the main accused is still at large.

The cops are also looking at a video doing rounds on social media where allegedly the assailants can be seen waving a knife at Sharma.

The administration is saying that the incident is not communal. However, the modus operandi – execution style killing with knife – hints otherwise. Previous incidents of hate crimes by Jihadist mobs involved similar way of surrounding the victim and stabbing them to death.

Intelligence Bureau staffer Ankit Sharma, killed in Delhi riots, was similarly stabbed 51 times by a mob. There were reports of people returning from pro-CAA rallies being assaulted and stabbed.

In May 2019, Swarajya journalist Swati Goel Sharma had brought out the demographic aspect of the murders of Ankit Saxena, Pankaj Narang, Khyala family, Dhruv Tyagi which all happened within 6-7 km of each other.

Also read: Fear Of The Butcher’s Knife In New Delhi

Just like Sharma, Tyagi was murdered by knife-stabbing multiple times. Saxena’s throat was slit with a sharp knife, while Khayla family members were also stabbed to death.

The blood curdling fact in some of the above cases is that the victims were known and even close to their perpetrators. Rinku Sharma, for instance, reportedly donated his own blood to save the life of the wife of one of the accused (Page 5, Dainik Jagran, Delhi edition).

Stabbing with a knife is a common method of assault by radical Jihadists. Britain, for example, was forced to go on high alert after two mass stabbings in London in the last year, perpetrators in both cases were convicted Islamic extremists released early from prison.