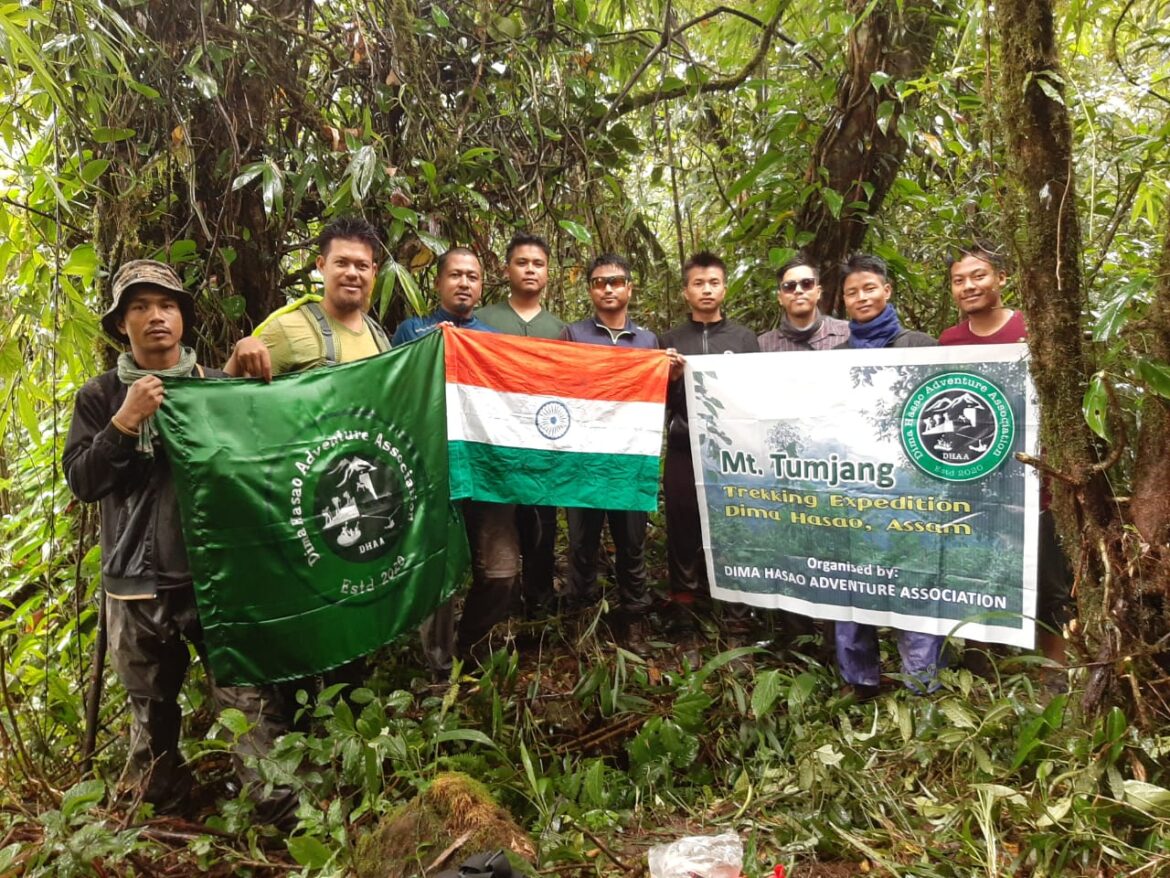 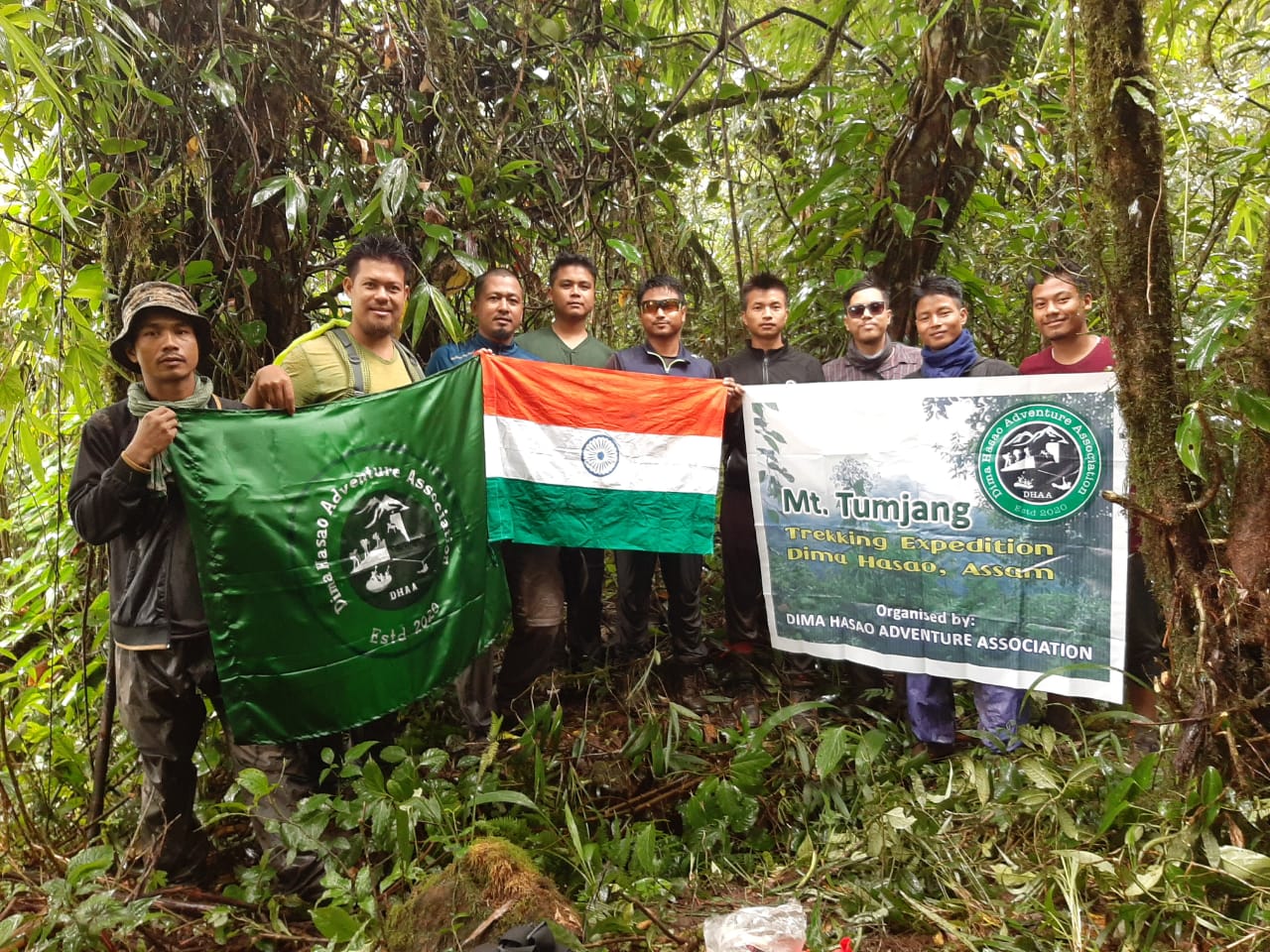 The journey started from Haflong, the district HQ and later reached Purana Leikul village after 3 hours of drive. The group were accompanied by three locals guide from the village and reached Tumjang village merely after 100 minutes of walk.

Altogether seven member of DHAA participated in the trekking aged group between 25-30.

“After reaching Tumjang village, we stayed at village’s community hall for a night and started off our further journey to the highest peak on the next day at 9:45 am. Overcoming some hurdles of thick forest and no proper route apart from swarm of leeches we reached the peak after two hours of trekking,” said one of the members.

Mt Tumjang above 1860 metres above sea level is the highest peak in Assam and of Borail range followed by Mt Mahadevtilla (altitudes unknown) and Mt Hempupet at 1748 metres.

The peak is name after the village Tumjang which derive its name from ‘Tum’ (in Kuki dialect) a rare tree found in the village.

Every year during winter season tourist from both the country and abroad came in Dima Hasao to see its natural beauty and also enjoy trekking at Mt Hempeupet during night with help of local guide, however very few knows about the highest peak Mt Tumjang and Mt Mahadevtilla.