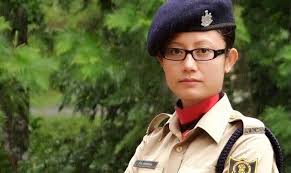 Imphal, November 20 2020: Imphal East district court dismissed appeal for passing ex-parte ad-interim temporary injunction order for restraining the 8 media houses including Morning Bell, Indian Express, Google and various web links, Social media from further speaking, publishing or writing any defamatory comment or content which is defamatory to the appellant/plaintiff Themthing Ngashangva , the then Sr SP during the pendency of the trial in connection with the order of the Civil Judge (Sr Div) Imphal East passed on September 5, 2020 .

Themthing Ngashangva has been serving as an IPS Officer in the Manipur Police Department.

After some newspapers published a news report based on an affidavit filed by one MPS officer serving as Additional SP of NAB, Th Brinda which the IPS officer Themthing , then SP of Imphal East felt defamed by the report as it content a sentence quoted from Brinda’s affidavit which stated that “….The last cordon and search was conducted at the quarter of the ADC member along with a team of Lamphel Police (Imphal West Police) led by the then SP (Imphal West) Themthing Ngashangva.

He however did not enter the premises of the ADC quarter (for reasons best known to himself)” .

Themthing then move to the court against the report and as per a ruling of the court The Civil Judge (Sr Divn), Imphal East, Manipur vide his ex- parte order dated 05-09-2020 passed in Judl Misc Case No.176 of 2020 restrained the defendant no 1 (Th Brinda ) whereas his prayer of the same has been rejected for others defendants .

Themthing then appealed to the higher court of the district with prayer to make similar order to the eight other respondent including proprietor and editor of Imphal based media house Morning Bell and National Media the Indian Express and other web based sites.

District judge of Imphal East M.Manojkumar Singh, after hearing the plea stated that there is no interference to the impugned order dated 05.09.2020 passed by Civil Judge (Sr Divn Imphal East, Manipur) in Judicial Misc case no 176 of 2020 arising out of Original Suit no 41 of 2020 since the plaintiff/petitioner/appellant did not fulfill the mandatory provisions of Order 39 Rule 3 of CPC.

Resultantly, this appeal is dismissed.

The district judge however directed both the parties to appear before the Civil Judge(Senior Division), Imphal East, Manipur on 04-12-2020 .