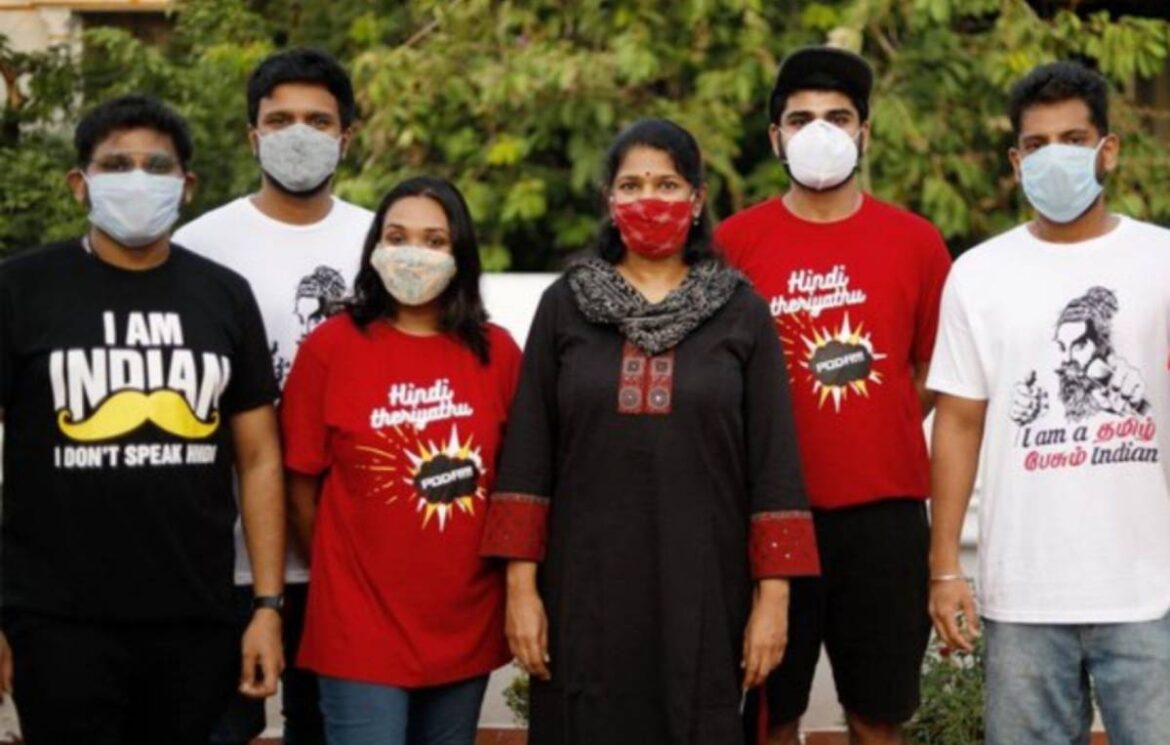 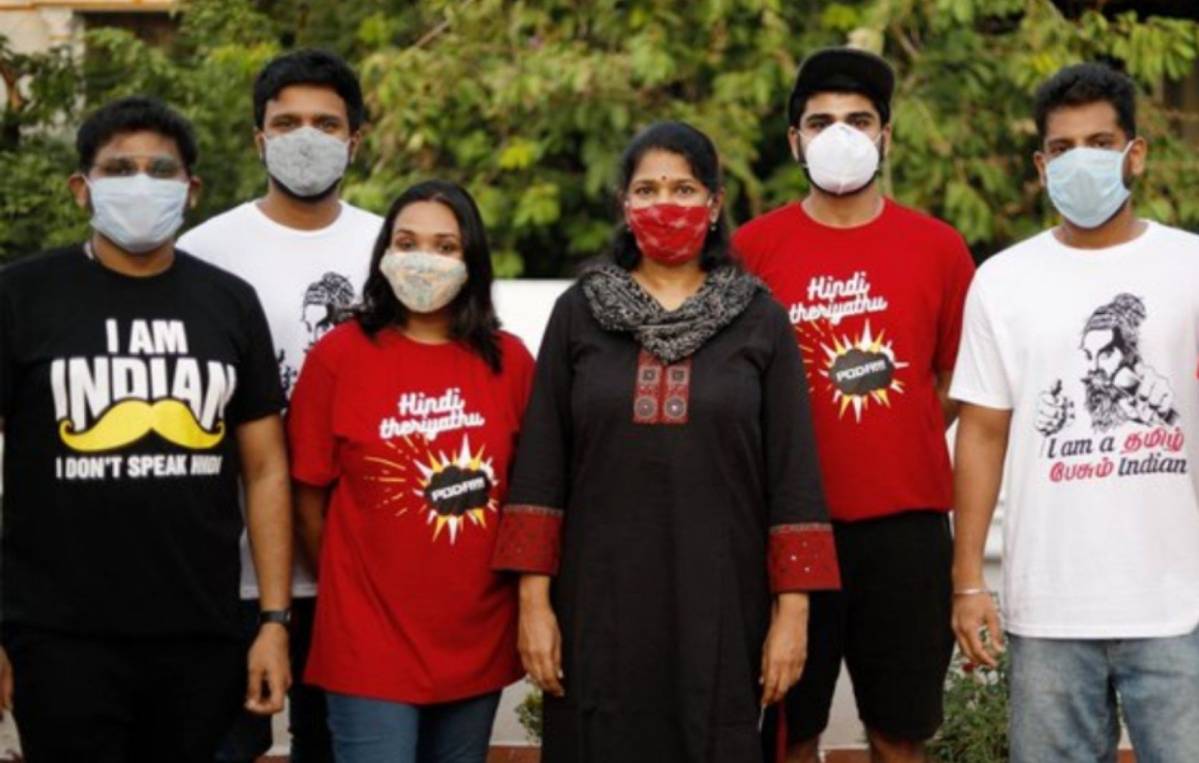 With hardly eight months to go for the Tamil Nadu Assembly elections, the Dravida Munnetra Kazhagam (DMK), in desperation to regain power, is coming up with various strategies, including whipping up anti-Hindi sentiments in the state.

It all began on 13 August when its Lok Sabha member of Parliament Kanimozhi Karunanidhi, daughter of DMK’s founder late M Karunanidhi, alleged that a Central Industrial Security Force (CISF) personnel had asked if she was an Indian after she said she did not know Hindi.

Since then, the DMK, now being guided by election strategist Prashant Kishor’s India Political Action Committee (IPAC), has been trying to cash in on any opportunity to raise its voice against Hindi, the Bharatiya Janata Party and Prime Minister Narendra Modi.

It was in this connection that the party ran a campaign “Hindi theriyadhu Poda!” (We don’t know Hindi, get lost) roping in Tamil movie actors. The party was unaware that a couple of these stars knew Hindi and had proclaimed so on television programmes.

One of the star, Shantanu, was the son of an actor, who had acted in Hindi movies such as Dard, Dillagi and Paheli, while his father had directed Amitab Bachchan starrer Aakhree Rasta.

A political commentator termed that the DMK’s strategy for 2021 assembly elections seems to be focussing on anti-Hindi sentiments or what it tries to pass off as Tamil pride.

The strategy seems to be ‘try and take advantage’ of the state politics that has developed around antagonism towards the language that is spoken by a majority of the people in the country.

The latest, as part of the strategy, is the playing of an alleged incident in which a 76-year-old retired government doctor has claimed that nationalised Indian Overseas Bank (IOB) has refused him a loan as he reportedly did not know Hindi.

DMK president M K Stalin jumped at the opportunity to play up the anti-Hindi sentiment saying it was “playing against the emotions of Tamils”.

A bit of media hype was created with those reporting the incidents not checking with the bank on what actually happened. There are three other issues that the anti-Hindi opponents either tried to hid or were ignorant of.

The bank branch manager, who allegedly refused bank loan to the retired doctor, hails from Maharashtra and is not conversant with Tamil.

The doctor claims he knows only English and Tamil and says a dispute arose between the two when the bank manager said he was unable to follow what the doctor said.

Something is missing here or probably, the doctor chose his moment to play up Tamil pride. That a Maharashtrian played the Hindi card is, per se, suspicious.

Second, the Ariyalur doctor is 76 years old. It now transpires that banks are reluctant to offer loans to those above 70 and in this case, the complainant has probably not come up with proper plans to generate income.

Thus, the bank manager’s response to his plea for a loan could have been turned down and he could have played this up to force the bank’s hands.

Third, IOB, founded by businessman M Ct M Chidambaram, has its headquarters in Chennai with most of its staff being from Tamil Nadu. It is questionable if the bank staff would indulge in such a behaviour.

On the other hand, the DMK is being flayed on social media for some amusing tactics to gain party membership.

The party has currently launched an online membership drive and Stalin has claimed that one lakh people had become members within three days under its “Ellorum Nammudan” (Everyone with us) campaign.

The most amusing aspect of this campaign is an advertisement that is doing the rounds on social media. The advertisement is about a 21-year-old girl Gayathri missing from her West Mambalam home in the heart of Chennai.

She is reported to have left home demanding that she be allowed to pursue the job of her choice and her entire family enroll as members of DMK in the online drive.

Actually, it is an advertisement for kurtis, legging, duppatas and jeans that has been photoshopped.

The 21-year-old girl turns out to be Anagha Koka, a model from Andhra Pradesh, who has objected to the use of her photograph for such an advertisement without her permission.

She has asked Hyderabad police to take note of the fake advertisement and register a complaint.

No one has claimed responsibility for the advertisement but is giving some bad press for the DMK as it seems to have targeted the Brahmin community, given the girl’s and her father’s name besides the area where she hails from.

The needle of suspicion, though, is pointing at the DMK since the party has not issued any clarification regarding this.

The DMK efforts to raise its campaign pitch much ahead of the elections has also led to fear that its return would not augur well for the state.