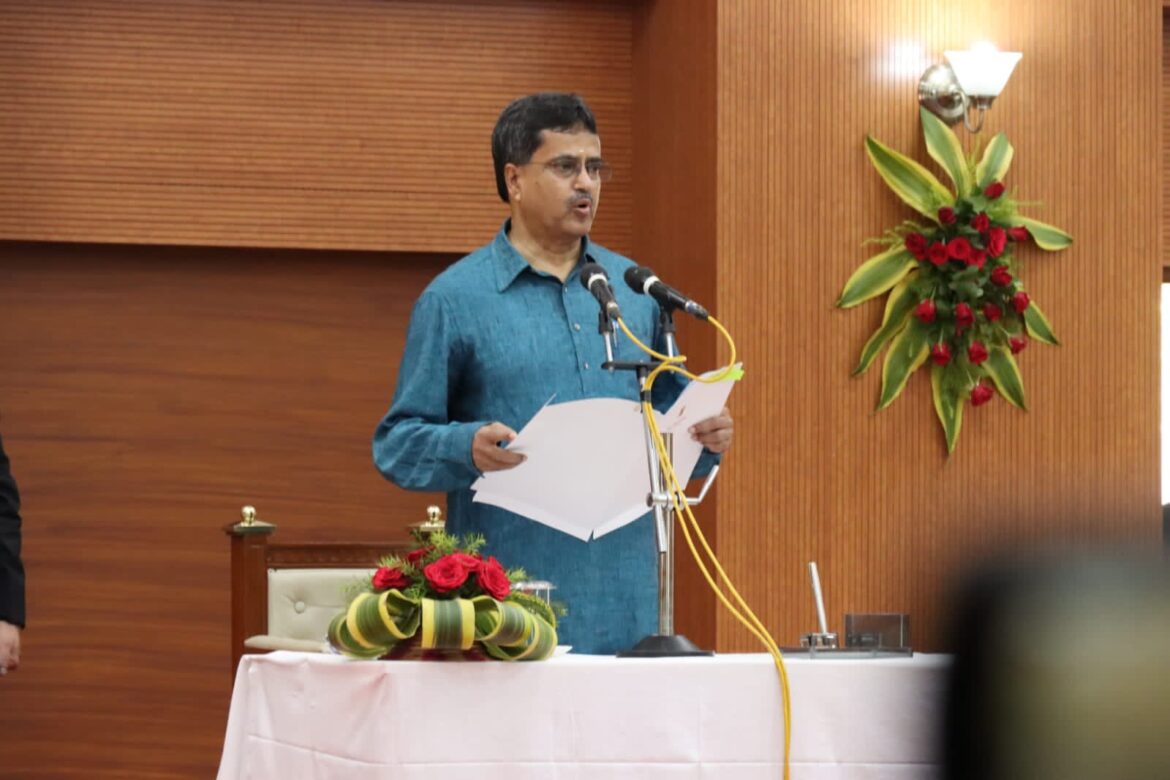 Tripura’s Governor S.N Arya administered the oath of office to Dr Manik Saha, a Rajya Sabha MP, at the Raj Bhavan in Agartala.

Former Chief Minister Biplab Deb was also present on the occasion along with BJP MLAs and state ministers. Interestingly, Deputy Chief Minister Jishnu Dev Varma and minister Ram Prasad Paul, who broke chairs during the BJP’s legislative party meeting on Saturday protesting against the appointment of Saha as the Chief Minister, reached the Raj Bhavan after the swearing-in ceremony ended.

On Saturday, Saha was appointed as the new chief minister of Tripura after Biplab Deb stepped down from the post. A dentist by profession, Saha is also the Tripura BJP president who quit Congress and joined the saffron camp in 2016. This development comes after Biplab Kumar Deb submitted his resignation to Governor Satyadev Narayan Arya. The state is set to go to the polls early next year. “We need to keep the BJP in power for long in Tripura,” Biplab Deb said post his resignation on Saturday.