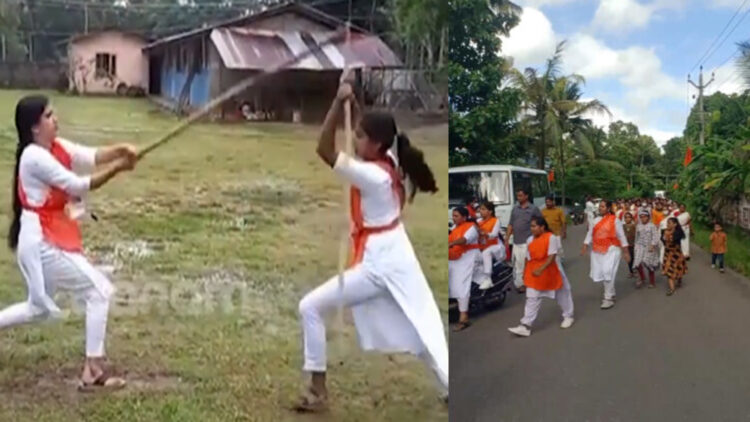 The Kerala Police booked Durga Vahini activists under non-bailable offences for organising a march in Kerala’s Keezharoor on May 22. The participants have been booked under IPC 153A and provisions of the Arms Act.

The Aryancode PS SHO Sreekumar said that Durga Vahini had taken permission for the route but had not mentioned that the activists would be carrying swords.

Durga Vahini rallies are always organised in a very disciplined and peaceful manner. This rally on May 22 was no different. It only took the route for which the permission was already obtained. There was no violence or provocative sloganeering in the march. Still, police booked the innocent girls for non-bailable offences.

Recently, a PFI rally in Kerala became controversial when a child participating in the rally raised Hindu genocide slogans. A video of the child-raising slogans had gone viral. Kerala High Court had asked the police to take strict action against the people involved.

Later, Kerala police arrested the father of the child, who is a PFI terrorist.