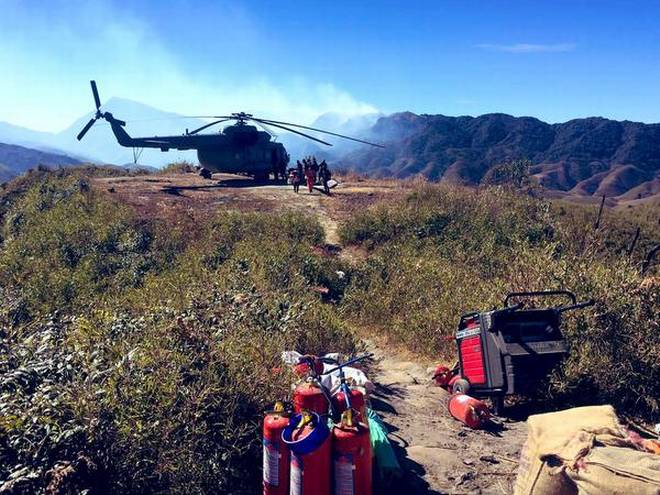 Dimapur, Jan. 6 : The deputy commissioner of Kohima, Mohammed Ali Shihab, on Wednesday updated that the massive wildfire near Dzuko Valley is ‘moving towards north side as reported by the India Air Force (IAF) pilots’.

Shihab was briefing a review meeting on “Dzuko Fire Operation“ that was held at his office in Kohima on Wednesdays under the chairmanship of Home Commissioner of Nagaland, Abhijit Sinha and in the presence of Commissioner, Rovilatuo Mor, according to an update from DPRO Kohima.

It was decided at the meeting that more fire line cutting would be charted out for intensification of the operation by Thursday. It also discussed about increasing the number of sorties with the India Air Force (IAF) helicopters.