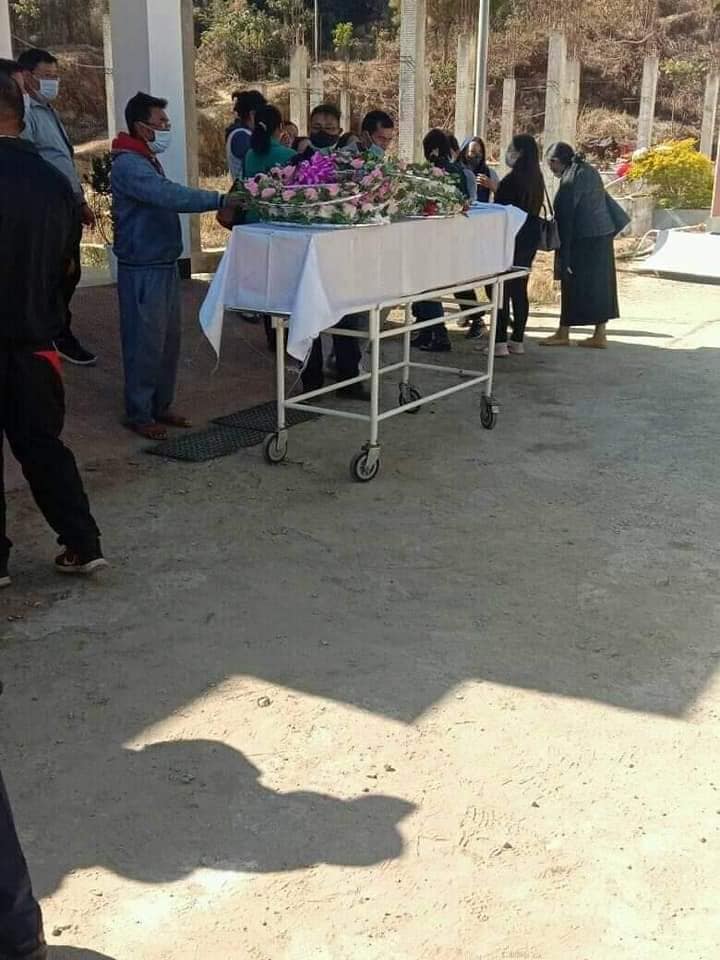 Imphal, Jan. 5: An Assistant Sub Inspector (ASI) of SSB on deputation to National Disaster Response Force (NDRF) Manipur Unit was found dead inside his barrack on Tuesday morning. The NDRF personnel who was deployed to tackle the Dzoku Valley wildfire,

Sources informed that the deceased, identified as N Binoi Metei, 40, from team 2IC of NDRF Manipur unit was on duty, fighting the wildfire till Monday evening. The cause of his death is not known yet as post-mortem result is still awaited.

The dead body was on Tuesday brought to District Hospital Senapati where a condolence service was held’ Dignitaries including minister L Dikho, ADGP L Kailun, , DC Senapati, SP Senapati, CMO and leaders of civil society organisations in Senapati (NPO, SDWA and SDSA) paid their last respect before the mortal remains were sent to Imphal for the final rites.

District Magistrate of Senapati, Th. Kirankumar has also issued an order that N Leisan, Sub-Divisional Officer/SDM, Senapati, is detailed to conduct the post mortem examination over the dead body in the presence of the concerned police officer as per law of the land with video coverage.