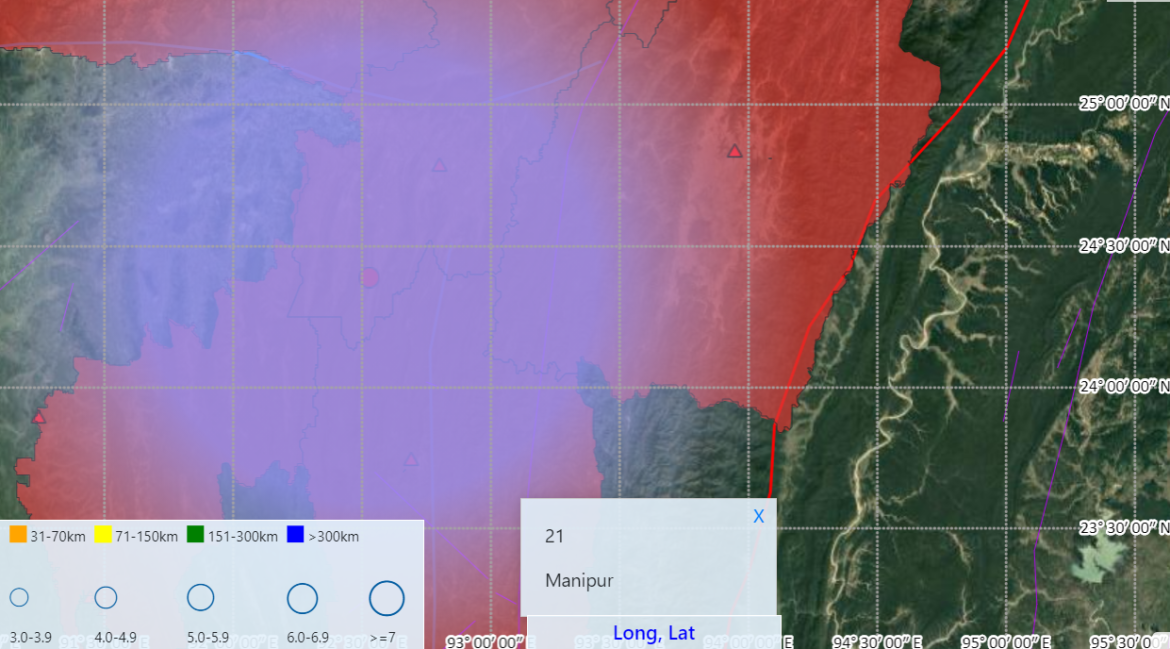 Tremors were felt in 38 km east of Dharamnagar at 5:30 pm with a depth of 20 kilometers. No causalities were reported so far.

Earlier, an earthquake of magnitude 4.4 Richter scale struck Assam on intervening night of Monday and Tuesday around 1:13 am.

The tremor was recorded at a shallow depth of 10 km with its Epicenter at Nongstoin in Meghalaya.

As per reports, the quake was felt by people in the area of the epicenter besides Shillong, Moirang in Manipur, Guwahati and its outskirt areas.