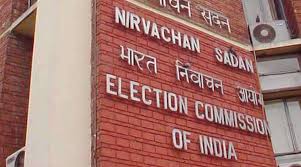 Imphal, Dec 7,2020: In compliance with the ruling of the High Court of Manipur order dated September 17 pertaining to the appointment of Parliamentary Secretary by the BJP led Manipur Government, Election Commission of India is likely to intimate the Governor to initiate necessary action against the BJP MLAs.

As such, the appointment of the 12 MLAs in the BJP government as parliamentary secretaries is deemed as office of profit and the various benefits provided to them is against the law. Thus, the Court ruled that all 12 MLAs should be disqualified. Following the High Court ruling, leaders of MPCC met Governor Dr Najma Heptulla on October 24 and submitted a petition for disqualifying the 12 MLAs and to direct ECI to take up the necessary action in the matter. Accordingly, MPCC received an acknowledgment letter of the same from Raj Bhavan. Meanwhile, a high-level source from the ECI has conveyed that the Commission would be soon be intimating the Governor to initiate disqualification proceedings against the 12 MLAs.

The MPCC source further stated that according to the ruling of the Supreme Court in the Election Commission of India vs Bajrang Bahadur Singh, 2015 (case no. 570), MLAs involved in cases related to office of profit should be disqualified within a month. Thus, taking into account of the day on which MPCC submitted its petition to the Governor, the MLAs who were appointed as parliamentary secretaries should be disqualified within two months. If the governor fails to take up any action during the said timeline, Congress party will move the matter to the Courts, the source conveyed. Mention may be made here that the BJP-led coalition government of the state had appointed 12 MLAs to parliamentary sec- retaries in its first year.