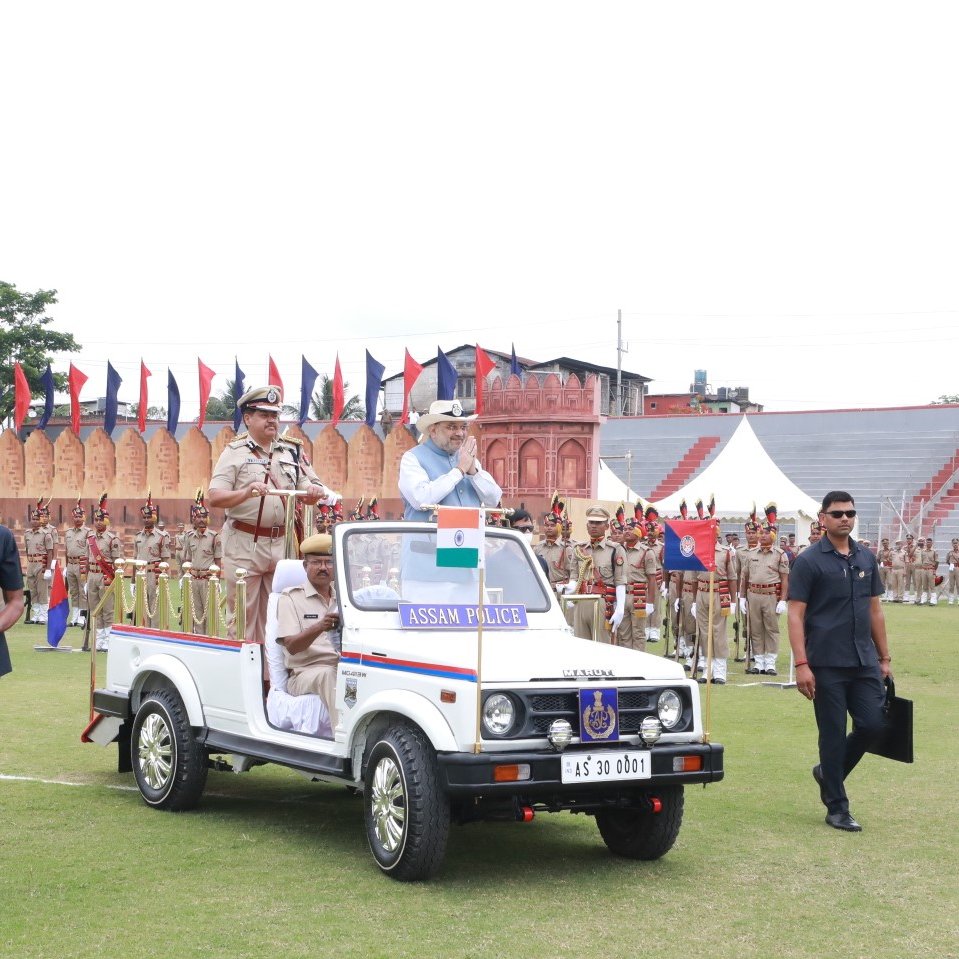 Union Home Minister Amit Shah today said that entire Assam will be AFSPA free state soon. He said that Armed Forces Special Power Act (AFSPA) has been removed from 60% of the areas of Assam and added that in the years to come, the state will be completely AFSPA free.

Union Home Minister Shah made this announcement during the conferring of the prestigious Presidents’ Colours to the Assam police. In a grand ceremony at the Nehru Stadium in Guwahati, the President’s Colours were conferred upon the Assam Police by HM Shah.

The Union Home Minister inspected the guard of honour and also hoisted the flag of the President’s Colours at the event along with Chief Minister Himanta Biswa Sarma and DGP Bhaskar Jyoti Mahanta.

Meanwhile, a group of Vaishnav Satradhikars blessed the President’s Colours right before it was conferred upon Assam Police. The honour was received on behalf of the Assam Police by officer Partha Pratim Baruah.

Meanwhile, on the occasion, Union Home Minister Shah said that insurgency is a thing of the past in Assam and days are not far when AFSPA will be removed from the entire state.

Later, HM Shah also congratulated the Assam police for being honoured with the president’s colours.