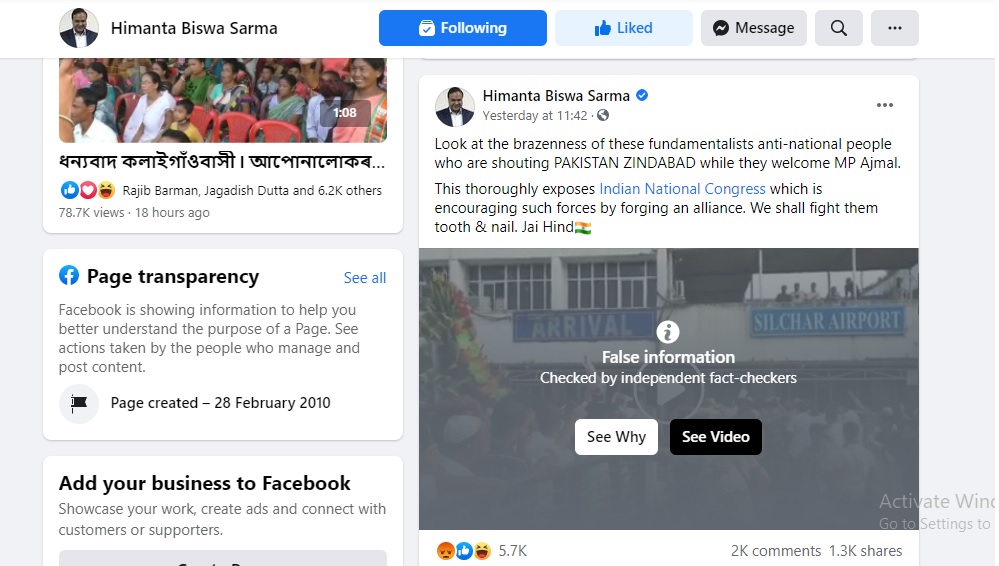 Sarma immediately reacted and said, “The video is a genuine one and not doctored. Good that the video is restored once again.”

Earlier the minister said that a police probe and forensic test of the video would unearth the truth.

“It’s not only me who had heard them (AIUDF supporters) shouting Pakistan Zindabad but there are others who also shared the same video including some media. Does everyone have a hearing problem? Besides, when the party chief Badruddin Ajmal was present, why would the supporters make slogans in favour of Aziz Khan?” Sarma asked.

Earlier, the independent fact-checkers said that the information has no basis in fact.

The fact-checking team of Facebook while flagging Sarma’s post as false had said, “We found a Facebook video uploaded by a supporter and found the same event shot from a different angle where after the 55-second mark, one can hear various sections of the crowd shouting three slogans – ‘Aziz bhai zindabad’, ‘Ajmal bhai zindabad’ and AIUDF zindabad’.”

Several FIRs were also lodged against Ajmal and his supporters for alleged anti national activity.