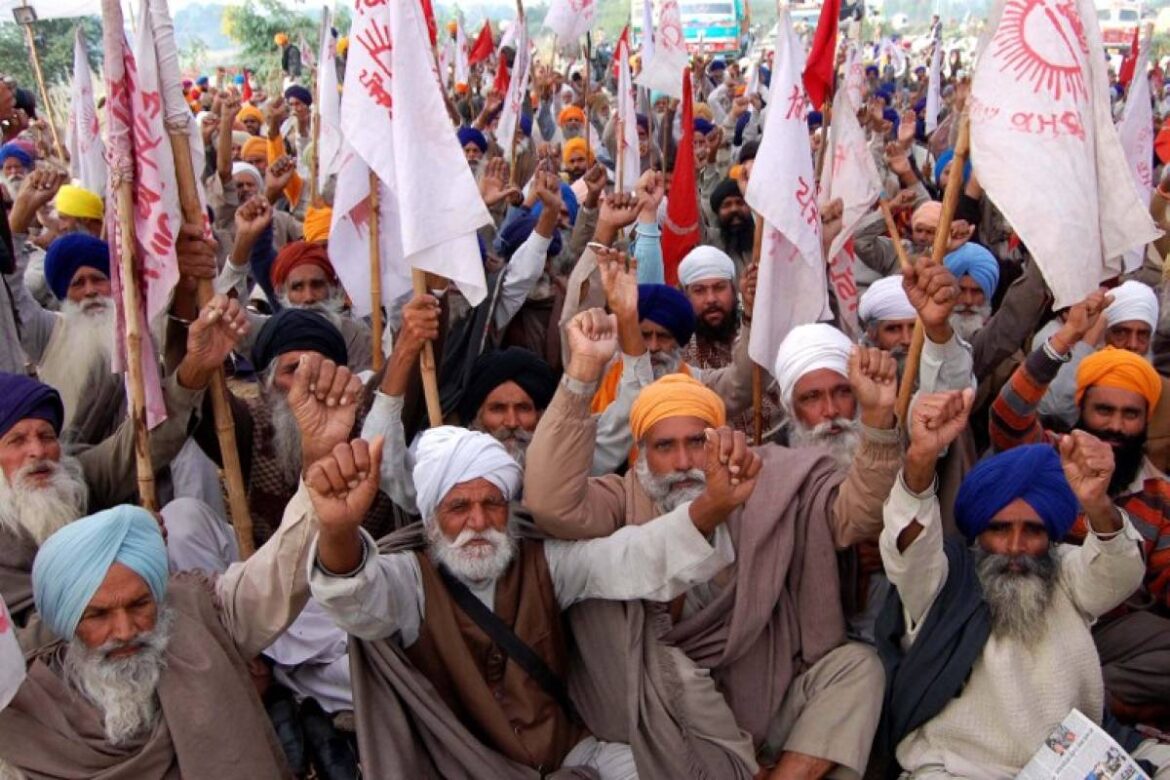 In a development that has been termed “positive”, the sixth round of meeting between the protesting farmers and the Central government ended after over five hours with the Centre saying that the two sides had reached consensus on two out of four key issues. The next meeting will take place on 4 January.

The meeting started around 2.30 p.m. on Wednesday (30 December) at Vigyan Bhavan with Tomar, Consumer Affairs Minister Piyush Goyal and Union Minister of State for Commerce and Industry Som Parkash heading the government side.

Addressing the media persons after the meeting with 41 farmer leaders at Vigyan Bhavan in New Delhi, Union Agriculture Minister Narendra Singh Tomar said: “Today’s talks were held in a very good environment and concluded on a positive note. We have had consensus on two out of the four issues.”

“Next meeting of government with farmers will take place on January 4.”

He said that the government and the farmers had reached agreement over the latter’s demands to keep farmers out of the penal provisions of the Commission for the Air Quality Management in National Capital Region and Adjoining Areas Ordinance, 2020, and to withdraw the Electricity Amendment Bill 2020.

“We discussed stubble burning and the government assured the farmers that their concerns will be taken into account. The electricity bill was also discussed… this has not been enacted. Farmers believe that subsidy will be withdrawn (under this),” Tomar said.

Harpal Singh Bellary of the Bharatiya Kisan Union, who attended the meeting, told IANS, “Four main issues were discussed with the government today. The government has agreed to issue the order while agreeing on two issues related to electricity and stubble. The repeal of the laws and the guarantee of the MSP are yet to be discussed. Now these two issues will be discussed in the January 4 meeting. “

The Agriculture Minister assured the representatives of farmer organisations that procurement and market system of agricultural produce on MSP will continue as before. On the proposal of farmers organisations to enact legislation on MSP, the Agriculture Minister said that a committee could be formed to address the difference between MSP of agricultural produce and their market prices.

After five previous rounds of inconclusive talks, the government had hoped that this meeting would be “decisive” to end the agitation against three contentious new agricultural legislations enacted in September during the Monsoon Session of Parliament. The withdrawal of these laws is the first and the major demand of the agitating farmers.

Earlier, the Union Agriculture Ministry in an official letter had confirmed the resumption of talks mentioning a four-point agenda of the meeting that includes “modalities to be adopted for the repeal of the three Central farm acts; mechanisms to be adopted to make remunerative MSP (Minimum Support Price) recommended by the National Farmers’ Commission into a legally guaranteed entitlement for all farmers and all agricultural commodities; amendments to be made and notified in the ‘Commission for the Air Quality Management in National Capital Region and Adjoining Areas Ordinance, 2020’ to exclude farmers from the penal provisions of the Ordinance; and changes to be made in the draft Electricity (Amendment) Bill 2020 to protect the interests of farmers”.

After a meeting at Singhu border — a major protest venue on the Delhi-Haryana border, the farmer leaders, under the banner of All India Kisan Sangharsh Coordination Committee (AIKSCC), arrived at Vigyan Bhavan for the fresh talks reiterating that the “first and foremost demand of the farmers of India is to repeal the three farm laws and the Electricity Bill, 2020, every other demand only follows this”.

Thousands of farmers from Punjab, Haryana and western Uttar Pradesh have been protesting at several borders of the national capital demanding the repeal of the three farm laws, among other demands.