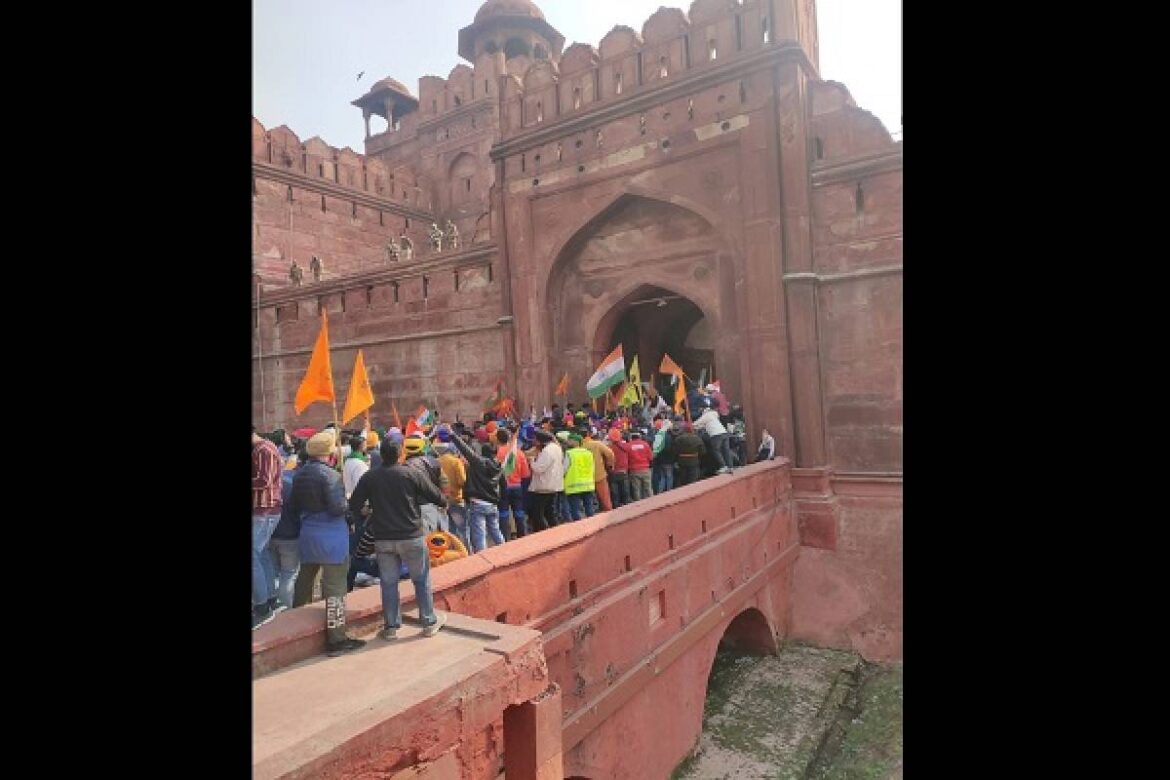 The farmer protests in New Delhi took a violent turn quickly as the protesters broke the police barricades. Farmers were also seen pushing the cement barricades through their bare hands and attacking the uniformed personnel with lathis and swords.

The farmers didn’t adhere to the regulations of the parade which had been introduced earlier in order to ensure that the parade is carried out smoothly.

As per latest reports, the protesters have reached Red Fort. They tied ropes to the gate of the monument in order to bring it down.

The protesters also thrashed some police personnel in the ITO area of the national capital. The protesters had also vandalised a DTC bus earlier.