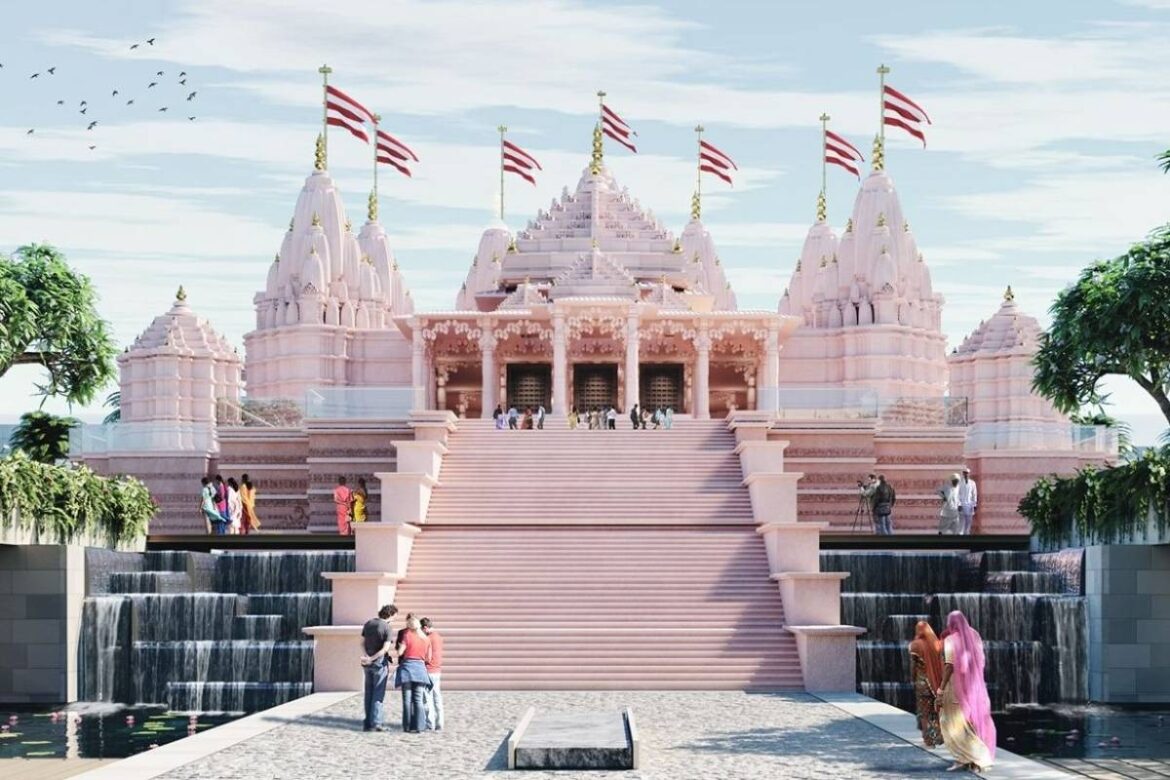 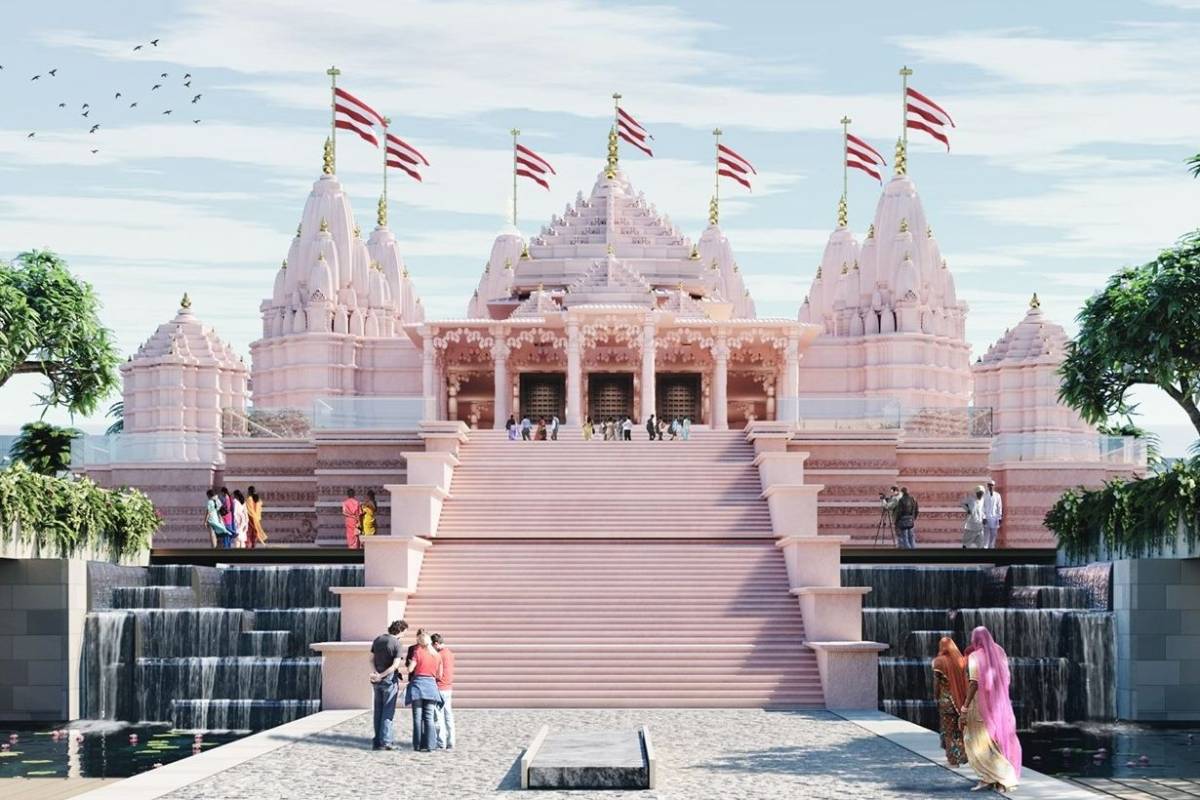 The stone facade of the first Hindu temple in Abu Dhabi will be adorned with scenes depicted from Hindu epics, scriptures and ancient stories from India, as well as popular motifs from the Gulf countries, a media report said on Tuesday.

In the latest update on the construction of the BAPS Hindu Mandir, the visuals of the final design of the temple were released in a video posted on its website, reports Gulf News.

Dubbed a spiritual oasis for global harmony, the temple’s final master plan revealed in the video shows a massive amphitheatre overlooking the shrine.

A library, classroom, majlis and a community centre have also been featured within the compound in Abu Mureikhah area.

The design of the master plan was completed in early 2020, and optimised engineered during the slowdown due to the Covid-19 pandemic, Ashok Kotecha, the spokesperson of the temple, told Gulf News.

“This is the first time the visuals of the final design have been released through the video,” Kotecha said.

“The stories and carvings include diverse portions of India’s geography and Hindu belief systems. This would include [epics] Mahabharata and Ramayana as well as the Puranas and regional histories. In fact, this Mandir will be uniquely identified by its intricate mandovar [façade] which will share many traditional value tales from throughout India as well as unique designs of the Gulf,” Kotecha was quoted as saying by Gulf News.

“The work on the historic Mandir is progressing with the support of the community and guidance from the leadership in India and the UAE.

“While navigating the challenges produced by Covid-19 and adhering to local best practices during the pandemic, stone work has continued in India,” he added.

The foundation stone of the temple was laid in April last year and work started from December, which is expected to be completed in 2022.