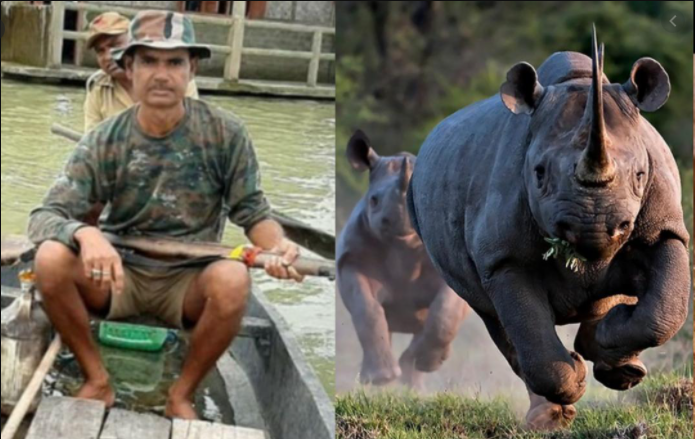 Guwahati: In a tragic incident, a forest guard was killed when a rhino from the Kaziranga National Park attacked him in Assam’s Golaghat district on Wednesday.

The deceased was identified as Tipusaran Sahu (51) who was posted at the Kaziranga Range.mHe was immediately taken to Kohora Model Hospital where doctors declared him dead.

Reportedly, a female rhino with a calf attacked the forest guard, while he was on evening patrol near the Bokabeel Anti-Poaching camp.

Last month, a wild buffalo was shot dead by security personnel after it killed two people and injured two others in the state’s Biswanath district.

Earlier on February 8, a farmer was reportedly gored to death by a rhino while he was way to a paddy field.