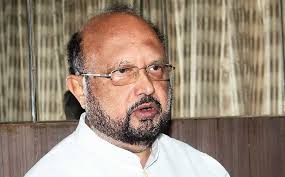 Guwahati: Former Assam chief minister Prafulla Kumar Mahanta on Thursday evening was airlifted to AIIMS Delhi after his health condition deteriorated while undergoing treatment at a hospital in Guwahati.

The 68-year-old was admitted to a private hospital in Guwahati in January after he complained of chest pain and high blood pressure.

Earlier in September last year, Mahanta, a diabetic, was hospitalized in Guwahati after complaining of very high blood pressure.

The former student leader, who steered the six-year-long Assam agitation against illegal migrants, is currently an MLA from the Baharampur assembly constituency, which he has won for five consecutive terms since 1991.

He was the president of the All Assam Student’s Union (AASU) that spearheaded Assam movement, leading to the signing of the historic Assam Accord, of which he was a signatory.