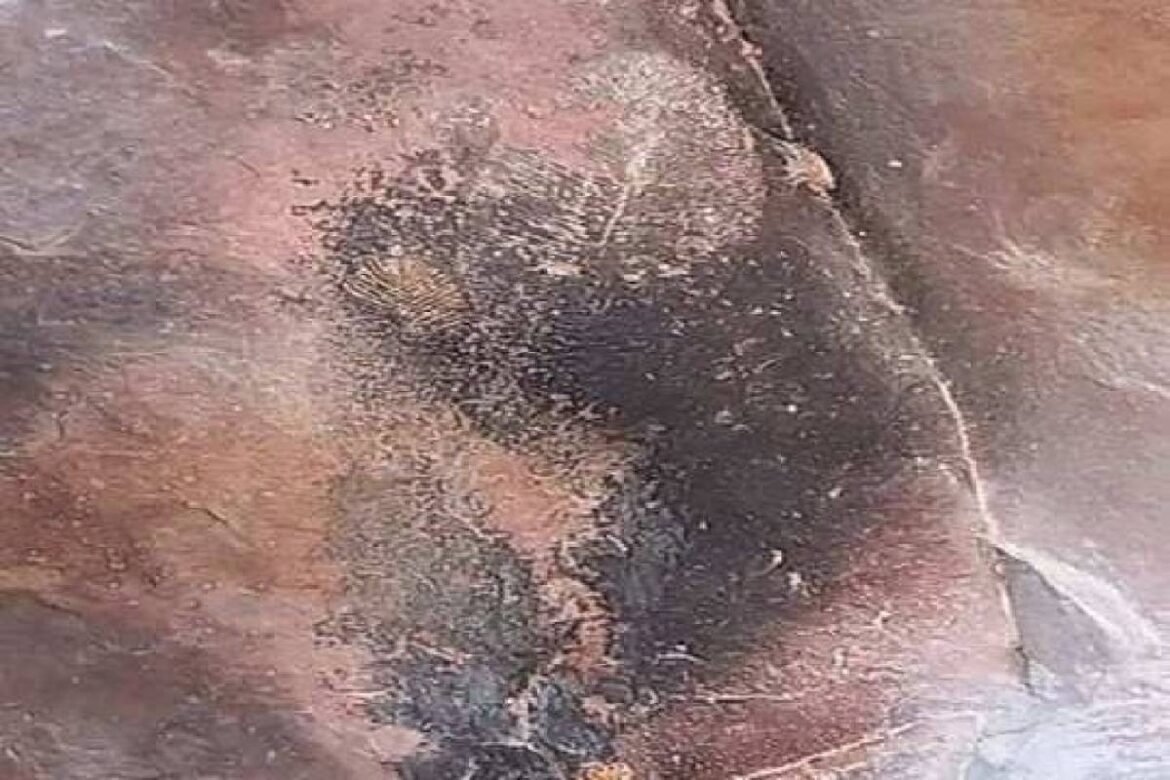 Researchers believe that they have unearthed India’s first fossil of Dickinsonia, which is considered to be Earth’s oldest animal that roamed the planet 570 million years ago.

The rare remnants have been discovered at the Bhimbetka rock shelters on the roof of the ‘Auditorium Cave’, Times of India reports. It is reportedly one of the rarest fossils in the world.

The fossils were found by two experts belonging to the Geological Survey of India (GSI) whilst they were on a sightseeing tour for the 36th International Geological Congress.

Dickinsonia is deemed to be one of the integral links between the early, simple organisms and then the explosion of life in the Cambrian Period that was around 541 million years ago. The experts found the imprints of the animal that is believed to be 17 inches long.

The findings were published in a report in the February edition of the international journal Gondwana Research.

The paper, named ‘Dickinsonia Discovered in India and Late Ediacaran Biogeorgraphy’ reads, “The fossils were found in the roof of Auditorium Cave at Bhimbetka Rock Shelters, a UNESCO World Heritage Site for Paleolithic and Mesolithic cave art, near Bhopal. They are identical with Dickinsonia tenuis from the Ediacara member of the Rawnsley Quartzite in South Australia.”

It adds that Dickinsonia’s discovery in India will pave the way for further assessment of biogeographic provinces and also the plate tectonic reconstructions for the late Ediacaran.

“This new occurrence confirms assembly of Gondwanaland by 550 Ma, but not reconstructions adjusted for true polar wander. Cloudina and other small shelly marine fossils were low latitude, but vendobionts such as Dickinsonia were at temperate to subtropical latitudes,” the paper further mentions.

However, it is still mysterious that these fossils were not found since 64 years of Bhimbetka rock shelter’s discovery.

Archeological Survey of India’s (ASI) joint director general S B Ota explained, “ASI deals in geologic time scale, quaternary period, that began 2.6 million years ago and extends into the present. Anything before the beginnings of human evolution is not covered.”

He quipped that a paleobotanist could determine the genesis of the imprints discovered by researchers of the GSI.