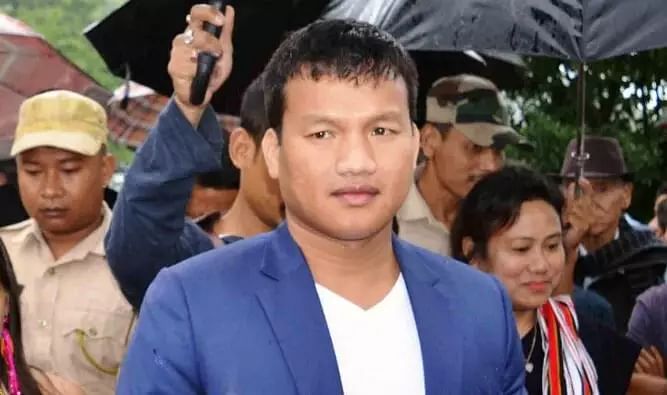 The petition was filed in August 2020 by former MLA Samarjit Haflongbar, member of autonomous council (MAC) Daniel Langthasa and former Dimasa Apex body member Dethang Naiding and former MAC Mahendra Kemprai seeking the intervention of the court for disqualification of Gorlosa as he has been charge-sheeted in two murder cases.

Gorlosa has been allegedly involved in two murder cases-one of police constable Habibur Rahman on April 27, 2007, at Gera Village in Dima Hasao and the second case, is the killing of two congress leaders – Purnendu Langthasa and Nindu Langthasa near village Langlai Hasnu on June 5, 2007.

The court said that the respondent (Debolal Gorlosa) is a militant turn politician and is in the mainstream because of the Tripartite Memorandum of Settlement entered between Central Government, State Government and the militants.

Dismissing the petition, the High Court said that the CEM can be disqualified only if he is convicted in any case by a court.

A division bench of the High Court comprising chief justice Sudhanshu Dhulia and justice Achintya Malla Bujor Barua while disposing of the petition said, “We have already discussed above in the preceding paragraphs that the law nowhere in provides that such a person should be held to be disqualified as CEM. The law, in fact, is quite different which has been pointed by the learned counsel for the CEM, which is in Rule 17(1)(f), where the only disqualification is where such a person has been convicted. It is not the petitioners’ case that the CEM was convicted,” the court said.

“The manner in which the aforesaid exercise is to be undertaken is laid down in 20BA of the Sixth Schedule. However this refers to an entirely different contingency where the Governor can assume the charge of an autonomous council where the autonomous council is not being run in accordance with the provision of the schedule or, in other words, the provision of law,” the court added.

Meanwhile on Thursday NCHAC EM Samuel Changsan in a press meet said that it is a conspiracy to defame BJP by the opposition. “The opposition has no issue to raise against the BJP as our party has always prioritized the people and development,” Changsan added.