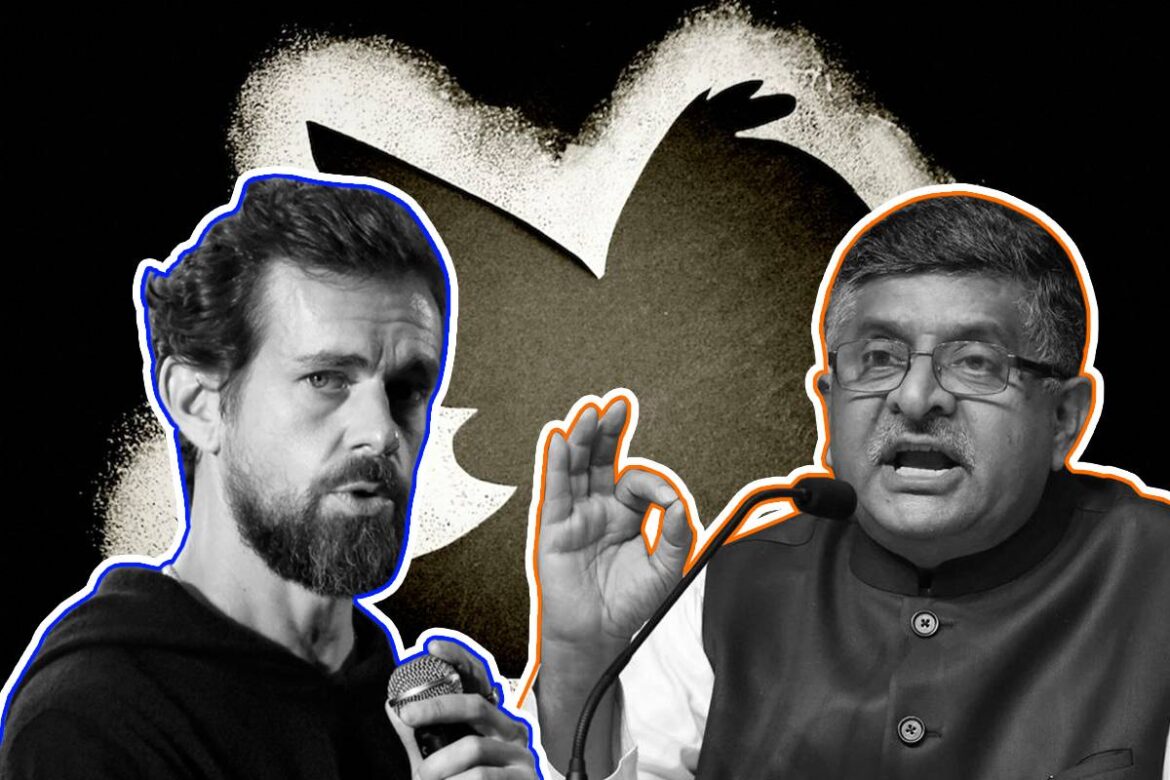 After Twitter’s refusal to take down all the accounts that the union government marked for “inflammatory content”, especially with the tags of “farmer genocide”, latter is mulling arresting its top executives in India.

The government said that the removal of accounts pushing out hateful content was “non-negotiable” and warned that its patience was running out over Twitter’s defiance of orders passed under Section 69A, Information Technology Act.

During a meeting with Twitter executives Monique Meche and Jim Naker yesterday, the Union IT Secretary Ajay Prakash Sawhney made it clear that the usage of the controversial hashtag was neither journalistic freedom nor freedom of expression as such “irresponsible content could provoke and inflame” the situation.

He also questioned why Twitter’s treatment of the two events – storming of Capitol Hill in USA and Red Fort in India was different.

In a controversial statement released yesterday, the American microblogging website said that it had only partially followed the order of the Government of India because Twitter doesn’t believe that “the actions we have been directed to take are consistent with Indian law”.

“Twitter has to follow the orders. It’s not a matter of negotiation. It is the law of the land and if someone has a problem with the action taken.. they are free to take legal recourse,” TOI quoted a government source as saying.

This is problematic because unlike the Government of India, which is democratically elected and held accountable by the people of India, Twitter is a private foreign corporation without no legitimacy whatsoever regarding the laws and orders applicable on Indian people.

Also, unlike the Information Technology Act passed by Indian Parliament with due process, Twitter’s guidelines, decided by a coterie of top executives, do not hold authority, especially to supersede the former.

The question is not whether Indians need to be protected against state excesses – of course, yes – and Indian democracy provides enough safeguards. The question is what locus standi does a private foreign organisation with enormous financial power, data mining capacities, and backing of western states has to self-anoint itself as the guardians of Indian people?

As post-colonial nations know very well, this is a slippery slope. Even in the western world, the governments are wary of unelected, elite technocrats gaining positions of enormous power of people’s lives and defying the diktats of a democratic government.

Not so surprisingly, the same companies follow the government diktats amicably in more authoritarian countries like Pakistan, Saudi Arabia and China.

Reportedly, Twitter is now considering approaching the courts in defence of “rights of freedom of expression on the behalf of people we serve”.

It is not lost to any Indian in the age of social media that Twitter’s defiance has very little to do with defending freedom of expression and very much about power play.

Farmers’ protests have become a disguise to launch a full-fledged digital war against India with funds flowing from influential parties – Pakistani and Khalistani militants. Former is especially rattled as its international campaign on Kashmir fell through.

As Greta Thunberg’s “toolkit” revealed, there is a well-planned campaign and a well-oiled machinery to delegitimise Indian state and build up pressure from influential parties (corporations, members of parliament in UK, Canada etc.) on India’s internal matters.

The intent of these actors is clear from the fact that the protests against farmers’ laws have little content actually focussing on the laws and its effects. In fact, same quarters that today support the protests had been fervently demanding the reforms in the farm sector.

Those sitting in the foreign lands, opposing farm reforms in India, have never been found opposing similar laws in their own country.

The modernisation of agriculture sector, building its competitiveness is crucial for India to uplift its population from poverty. No country has done that without similar reforms.

Undoubtedly, the farmers in India deserve that their voices be heard and their interests be protected in a democratic, peaceful fashion. But they don’t stand to benefit from the above drama.

However, understandably, it is in the benefit of several different actors to stall the reforms in India, hence the coalition of interests.

Twitter’s actions are also symbolic of a deeper malaise in global politics. Even after independence, the lives of the people in the Third World continue to be less important than the perception of a country being ‘civilised’ and ‘liberal’ in the eyes of the West.

The Third World governments are expected to prioritise abstract and theoretical notions to the satisfaction of others them even if it means violence and death for the people who elected them.

Government of India told Twitter officials in the meeting yesterday in no uncertain terms that it was not actually siding with ‘freedom of expression’, but with those who seek to abuse such freedom and provoke disturbance to public order.