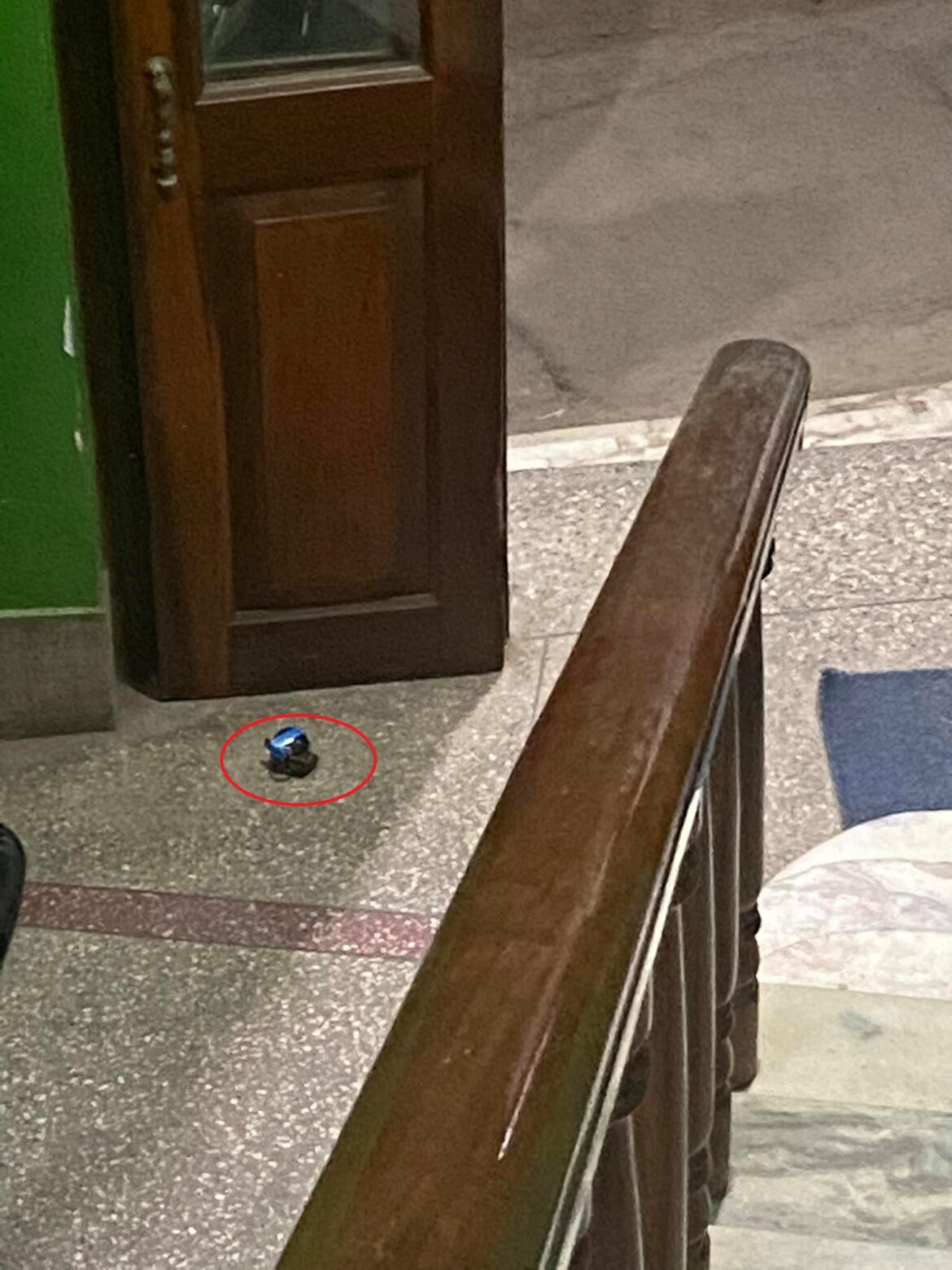 IMPHAL: Unidentified persons lobbed a hand grenade at the front gate of ‘The Poknapham’ daily newspaper in Manipur. The attack was carried out at its located at Keishampat Thiyam Leirak on Saturday evening around 6:38 pm.The grenade, however, failed to explode. Later, a team of Manipur Police safely retrieved the same.

The office is located within a kilometre from the Raj Bhawan.

In condemnation of the bomb attack at Poknapham/The People’s Chronicle office on Saturday evening, an emergency joint meeting of All Manipur Working Journalist Union (AMWJU) and Editors Guild Manipur (EGM) resolved to cease publication and broadcasting of news with immediate effect. Denouncing repeated attacks on scribes, the joint meet further resolved to stage a sit-in-protest at Keishampat Leimajam Leikai Community hall on Sunday.

Condemning the grenade attack by some unidentified person (s) at the office of ‘Poknapham’ on Saturday evening, IPR minister Th Biswajit termed it a cowardly act. In a statement, the minister said “it is sad and unfortunate to learn that unknown miscreants today hurled a Hand grenade at the office of local daily newspaper Poknapham located at Keisampat this evening.”Media are the fourth pillar of the democracy and they work 24×7 for the welfare of the people and the State. Attacking a media house is a condemnable cowardly act and should not be repeated in the future, the minister added.