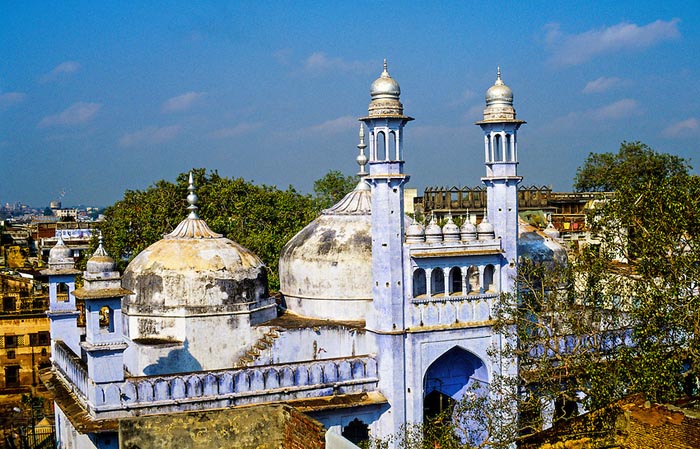 Varanasi (Uttar Pradesh): Advocate Vishnu Jain, the lawyer representing the Hindu side in the Gyanvapi mosque case in Varasani district court, on Thursday said that the arguments by the Muslim side seeking rejection of the civil suit’s claims on Gyanvapi Mosque will continue on Monday (May 30) as it could not be completed today.

The next argument would take place at 2 pm on Monday. Earlier, the Varanasi district court was hearing an application filed by the Anjuman Intezemia Masjid Committee challenging the maintainability of a suit filed by Hindu women, saying that it is barred by the Places of Worship Act.

Speaking to the reporters after the hearing, Advocate Vishnu Jain said, “Today, the Muslim side just read out paragraphs from our petition and tried to say that the petition isn’t maintainable. We interjected and pointed out to the court that we’ve specific rights and all pleadings were made. The Muslim side started their arguments today. The arguments could not be completed today. So, the arguments would continue at 2 pm on Monday (30th May).”

Earlier, the court of District Judge AK Vishevesh, while fixing the hearing on the maintainability of the Gyanvapi-Shringar Gauri complex case, said that the court will hear the matter as per directions of the Supreme Court.

District Government Counsel Rana Sanjeev Singh said to reporters on May 24 that the court also gave a week’s time to both Hindu and Muslim sides to file objections to the report of a court-mandated videography survey of the Gyanvapi mosque premises. Also, on May 24, the court asked both sides to file an objection to the commission report and submit the report within one week, said Hindu petitioners’ Advocate Vishnu Jain.

The Hindu side has alleged that a Shivling (a representation of Lord Shiva) was discovered inside the mosque premises and the Muslim side claimed that the structure was part of the fountain at the mosque’s wuzu khana area.

Meanwhile, a few days ago, another civil suit was filed before a civil court in Varanasi, seeking the right to worship on the mosque premises. The suit, filed by one Kiran Singh, said the main case would take a considerable amount of time to be tried and that the Hindu worshippers should be given undeterred access to the mosque premises in the meantime. Significantly, on Wednesday, the civil judge in Varanasi transferred this suit to the fast-track civil court, which will hear the matter on May 30. (ANI)