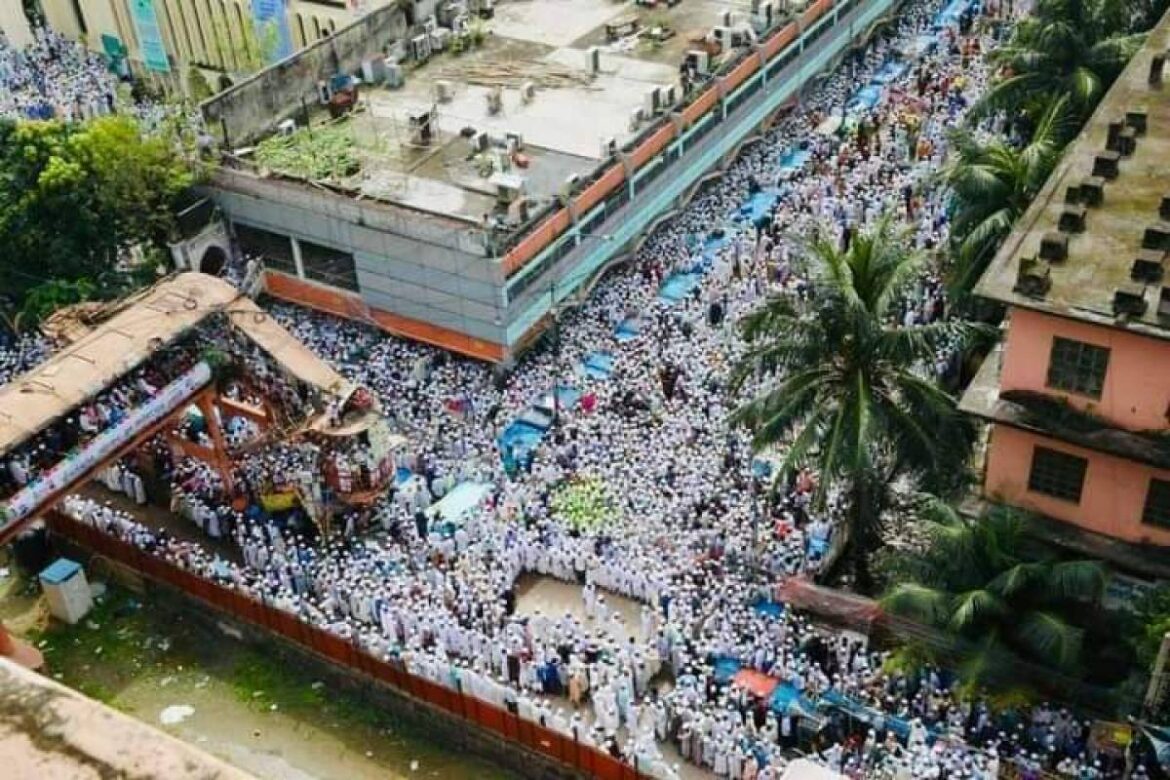 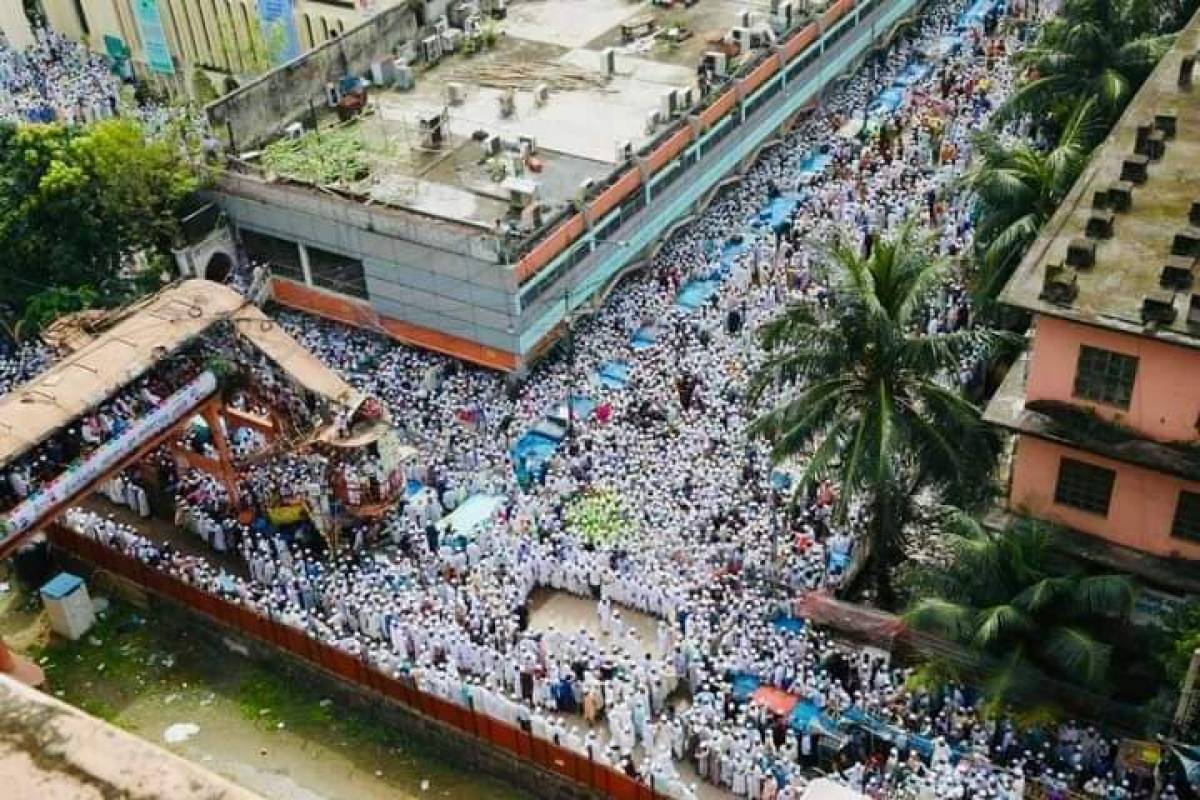 Tens of thousands of activists belonging to Bangladesh’s most influential and powerful Islamist group, Hefazat-e-Islam, marched toward French embassy in Dhaka today in an attempt to lay siege on it, Dhaka Tribune reported.

Hefazat-e-Islam Bangladesh, a Deoband-influenced religious group, has issued a 24-hour ultimatum to the Bangladesh government to shut down the Embassy of France in Dhaka.

Earlier today, an estimated crowd of over 50,000 Hefazat leaders and activists gathered in front of the national mosque Baitul Mukarram.

“[French president] Emmanuel Macron should beg for forgiveness. We will not return home until the government presses home the demands.” Junaid Babunagari , secretary general of the organization said.

“France insulted our Prophet (pbuh). We ask everyone to boycott French products. Keep French products under your feet,” a top leader of the organisation Nur Hossain Quasemi said

He demanded that the Bangladesh government sever all diplomatic relatins with France in protest of the display of a caricature of Muhammad. He also urged all the Muslim majority countries as well as OIC (Organization of Islamic Cooperation) affiliated countries to cut all the diplomatic ties with France.

Last week, tens of thousands of Muslims hit the streets of Dhaka demanding a boycott of French goods and severing diplomatic relations with France. An estimated 40,000 people took part in the march, which was organised by Islami Andolan Bangladesh, one of Bangladesh’s largest Islamist parties.

Several hundred activists and leaders of the party joined the rally at Baitul Mukarram National Mosque. The protestors then marched towards the French Embassy located in the Gulshan diplomatic area to lay siege to it. But police intercepted them in the by putting barricades on the road.

Protesters chanted “Boycott French products” and called for President Emmanuel Macron to be punished. They also called for law that provides serious punishment for those insulting Islam and Mohammad (regarded by Muslim as their prophet) in Bangladesh.

“France is the enemy of Muslims. Those who represent them are also our enemies,” said another of the group’s leaders, Nesar Uddin.