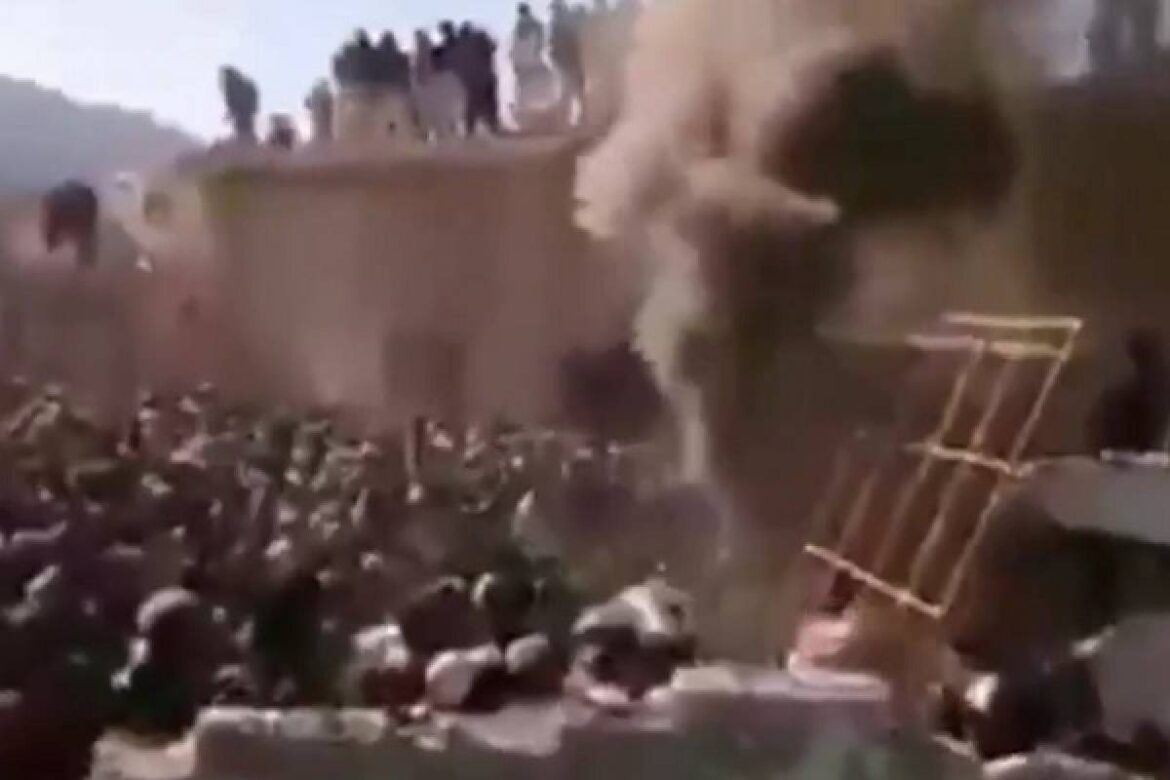 A Hindu temple has been demolished by an aggressive mob in Pakistan’s Khyber Pakhtunkhwa province. The incident took place in Teri area of Karak district.

The shrine built before 1920 was a historic place of worship.

A Muslim cleric from Karak, who enjoys the support of a militant group, allegedly instigated the local Muslims against the Hindu community and provoked them to demolish the temple, Times of India cited sources as saying.

The mob also demolished an under-construction house owned by a Hindu, a local resident said.

The locals also revealed that residents of the nearby villages had announced a protest demonstration with demands of removal of the Hindu shrine, adding that the police totally ignored it.

Disturbing visuals posted on social media showed a large number of protestors present at the site, bringing down the walls of the property with smoke and fire visible.

“The residents had issued a call for protest, but with an assurance that it would be a peaceful one. However, the cleric incited the crowd following which they proceeded to attack the shrine,” said Irfanullah, District Police Officer Karak.