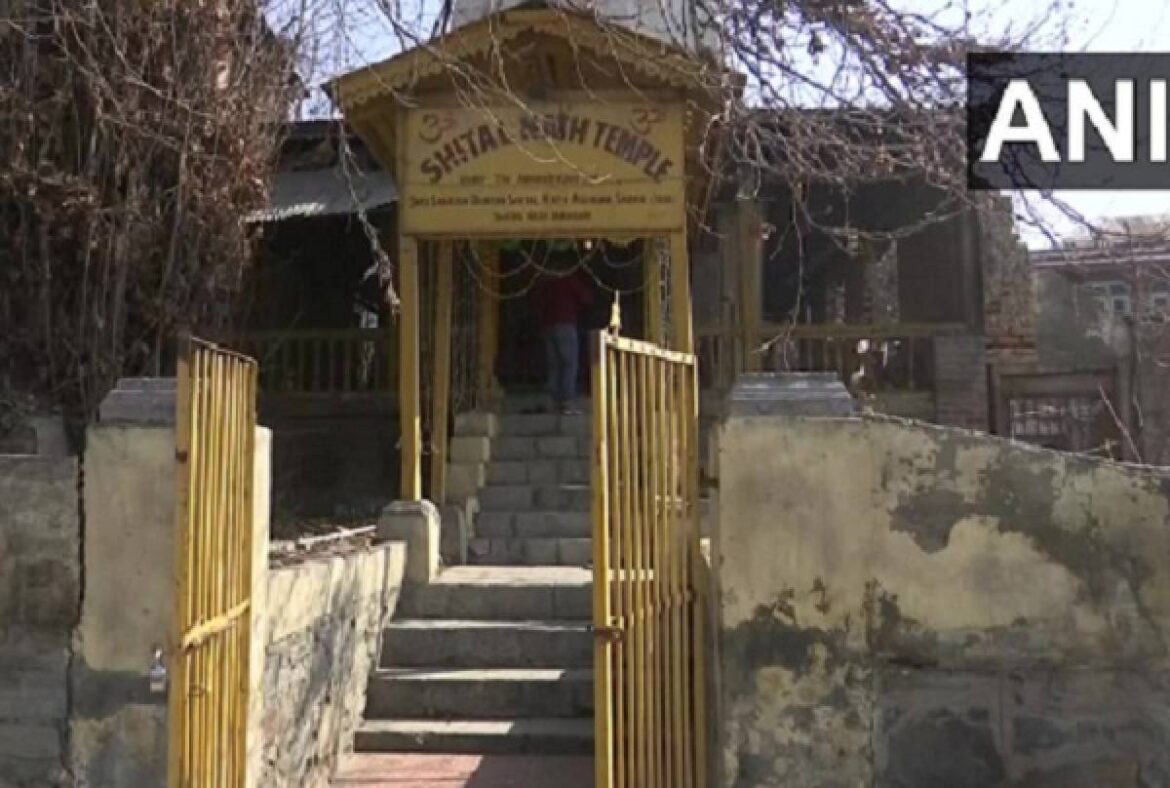 Shital Nath Temple located in the Habba Kadal area of Srinagar reopened on Tuesday (16 February) which closed its doors for devotees 31 years ago due to terrorism and persecution of Hindus, reports Hindustan Times.

The temple was reopened on the Hindu festival of Basant Panchami and a special pooja was performed at the temple.

“We used to do this pooja every year. Baba Sheetal Nath Bhairao’s birth anniversary falls on Basant Pachami that is why we celebrate this day with fervour,” said Santosh Razadan, a devotee who came to offer prayers at the temple.

The desecration of temples as well as Hindu persecution in the Kashmir state have historical roots in Islamic invasion of the region. Several ancient temples including Martand Sun temple, Sharda Peeth were destroyed and idols desecrated by Islamic invaders, while the residents were forcibly converted.

The terrorism-ridden state had seen mass exodus of the Kashmiri Pundit community with rise of Jihadism in the 1990s. Several acts of violence were committed against the Hindus in the valley.

According to the figures released by the Jammu and Kashmir government in 2012, around half of the temples in the state in the Valley were damaged in two decades.

“Of the 438 temples in the Valley, 208 had been damaged over the years,” the state government said in a written reply to the state assembly in response to the question by a BJP MLA.

Srinagar witnessed the highest number of acts of vandalism with 57 temples being damaged. Anantnag district came a close second with 56 temples having suffered the damage.