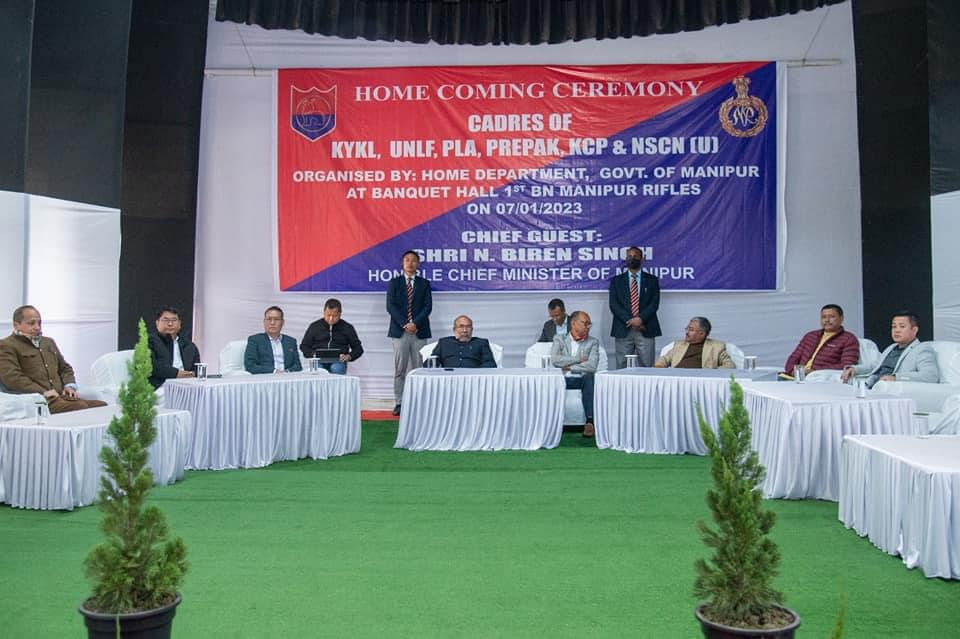 Imphal, 9 Jan 2023; A homecoming for Manipur militants was held at 1st Battalion of the Manipur Rifles, Imphal as 43 arms militant cadres from 9 outfits laid down arms.

Homecoming ceremony for Manipur militants was attended by Manipur Chief Minister N Biren Singh, Director General of Police among others.

The 43 cadres of different underground groups include

11 cadres of different insurgent groups have surrendered to the Jwalamukhi Battalion at Motbung post with arms, explosives, and other ammunition on Thursday.

The surrendered cadres were given free medical check-ups and food and later handed over to the 7th Manipur Rifles along with weapons and ammunition for further investigation and follow-up action, according to a source from the Assam Rifles.