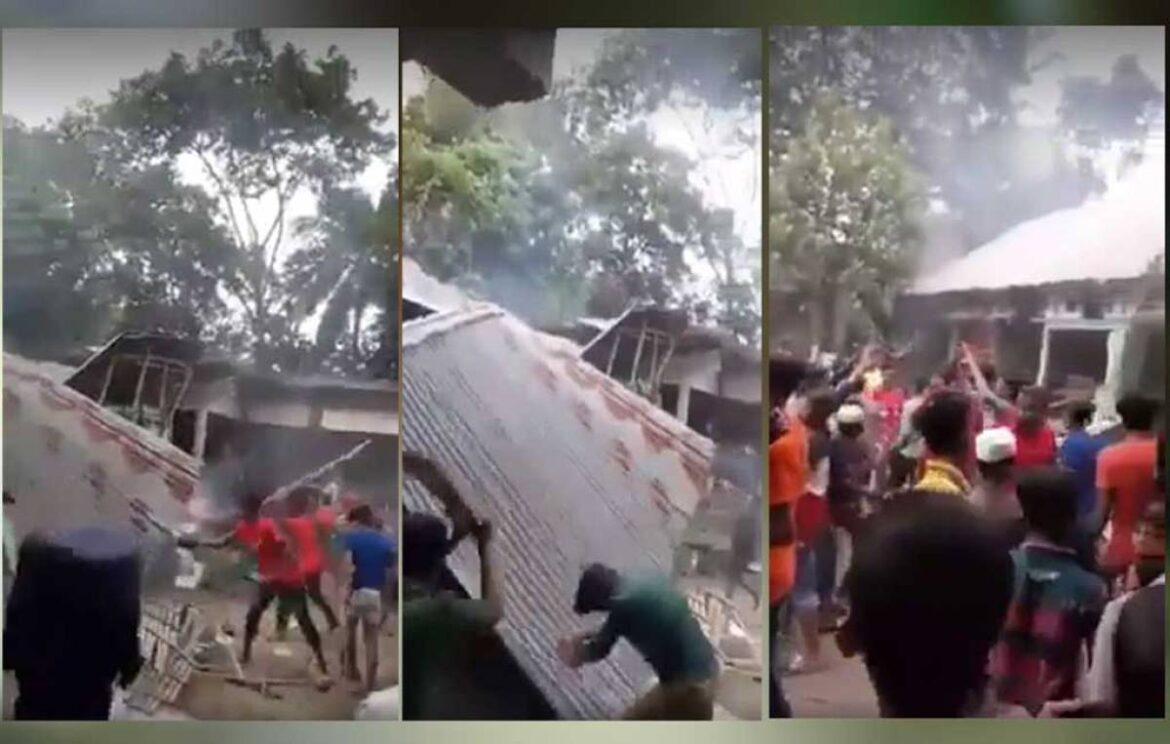 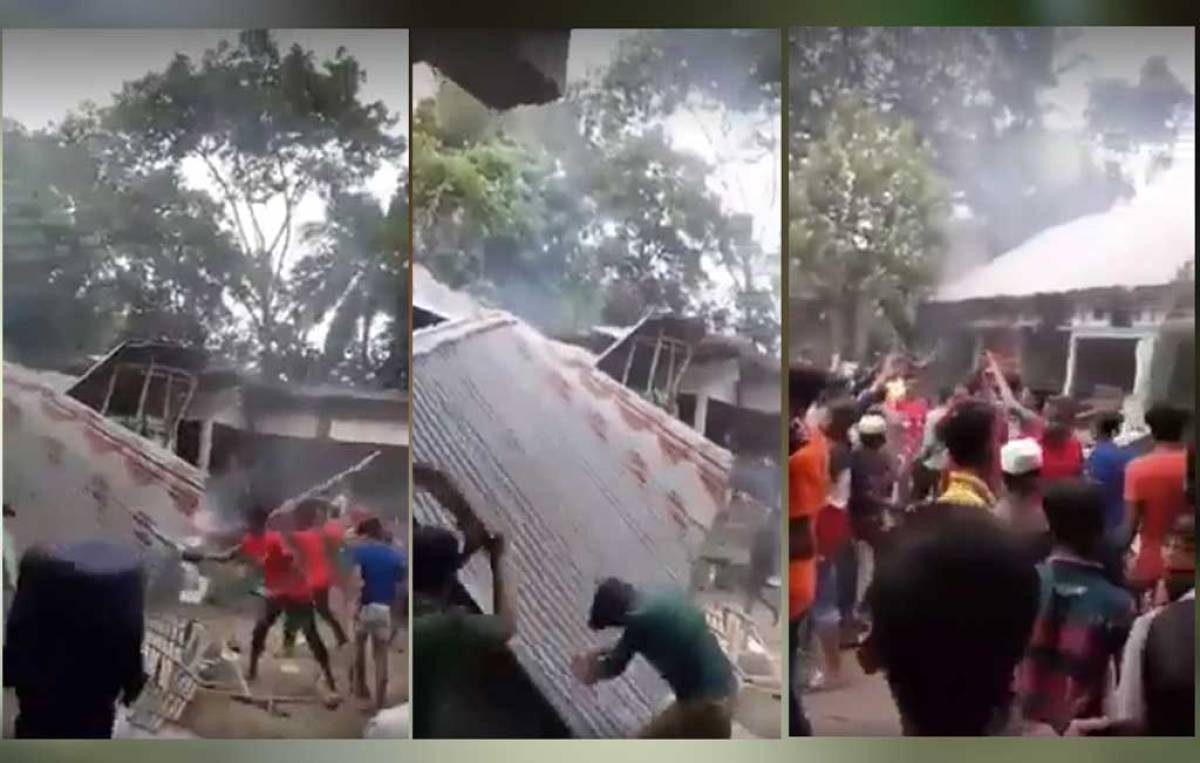 The houses of several Hindu families have been vandalised and burned by radical Islamic in Bangladesh’s Comilla district over rumours about an alleged Facebook post slandering Islam, BDnews reported.

The households were vandalised and later set on fire on Sunday after a Bangladeshi man, who lives in France, allegedly praised President Emmanuel Macron for taking steps against “inhumane ideologies” after a teacher in Paris was decapitated for showing caricatures of the Muhammad (who Muslims regard as their Holy Prophet).

The headmaster of a kindergarten school in Purbo Dhour welcomed Macron’s action in a comment on the post.

According to locals, Shankar Debnath, a local of the village, on Saturday, reportedly commented on a Facebook post related to France defending cartoons depicting the Mohammed and showed his support.

As the rumours about the Facebook post spread, tension mounted in the area on Saturday, the report said.

They include the headmaster of the kindergarten. The other person is a resident of nearby Andikot village.

The deputy commissioner said the locals carried out arson attacks on homes, including those of the two arrestees.

Asked what measures the authorities have taken against the attackers, Mir said the administration has swung into action.

Qamruzzaman said the process to file a case over the attack was underway.

The police will watch videos to identify the attackers, he added.

Demonstrations against France over caricatures of the Muhammad have been taking place in different Muslim-majority countries for some days.

Bangladeshi authorities have deployed four platoons of police in Kurbanpur and Andikot villages to keep the situation under control.

The police launched a case under the Digital Security Act against the headmaster and the other arrested.

A court denied bail and sent them to jail pending trial when the police produced them before it late on Sunday afternoon.

(With inputs from PTI)