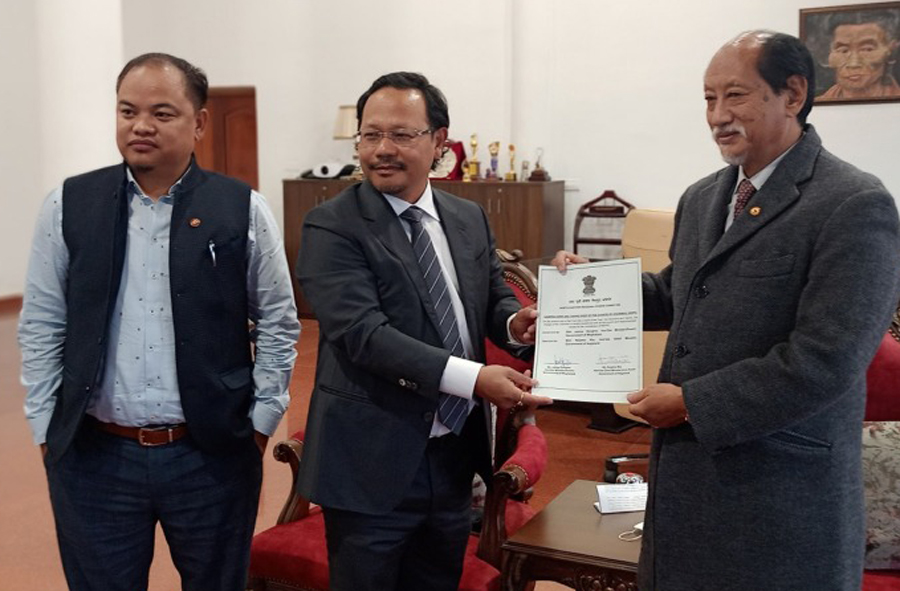 Dimapur, Feb. 4: Nagaland Chief Minister Neiphiu Rio on Thursday said that hydro projects have the most potential for power generation in the northeast region. However, he cited ‘geological uncertainties’ for delay in hydro projects resulting in higher tariff.

According to a DIPR report, Rio highlighted the power scenario in Nagaland stating that ‘reliable communication’ is a crucial factor for both system and market operation in power sector.

It stated that the chief minister requested the forum to recommend the proposal to the Ministry of Power (MOP) for funding of the project under PSDF as a special dispensation.

Rio added that the north eastern region was carved out of ‘political turmoil, social geography and ethnic consideration and till date actual infrastructural development is yet to take place’. He also said that the “benefits of a growing economy of the country should be shared with the small and underdeveloped states of north eastern region’.

Rio further stated that the implementation of World Bank funded projects like NERPSIP (North East Region Power System Improvement Project), undertaken by Powergrid through the initiative of Ministry of Power, was one such programme which is going to benefit all the north eastern states immensely.

“He further added that through this project, the construction of transmission lines and sub-stations are presently in progress in many places and urged upon Powergrid, the implementing agency, to speed up the work as the Tranche-I of the NERPSIP is already running behind timeline of completion schedule and unless it is expedited the sanction and implementation of Tranche-II will be delayed,” it read.

Advisor for Power, Tovihoto Ayemi, informed that there is a ‘huge shortfall in the generating capacity’ for the year 2020 due to which the north-east states “are compelled to import at higher cost through eastern and northern grids”.

He therefore urged for “early restoration of Kopil stage I and II and upcoming generation projects such as Lower-Subsansiri HEPC 2000MW, Dibang hydro multi-project 2880mw in order to mitigate the present power shortage problems faced both in short and long term measures”.

“Ayemi further urged the central electricity authority to consider a special dispensation for funding left out of 66kv system under PDSF for an amount of INR 13.09 cr. and to consider funding the gap after the exit of Assam from common facility in February 2021, as Nagaland share of INR 3.12 cr per annum shall not be able to take additional financial burden,” it added.