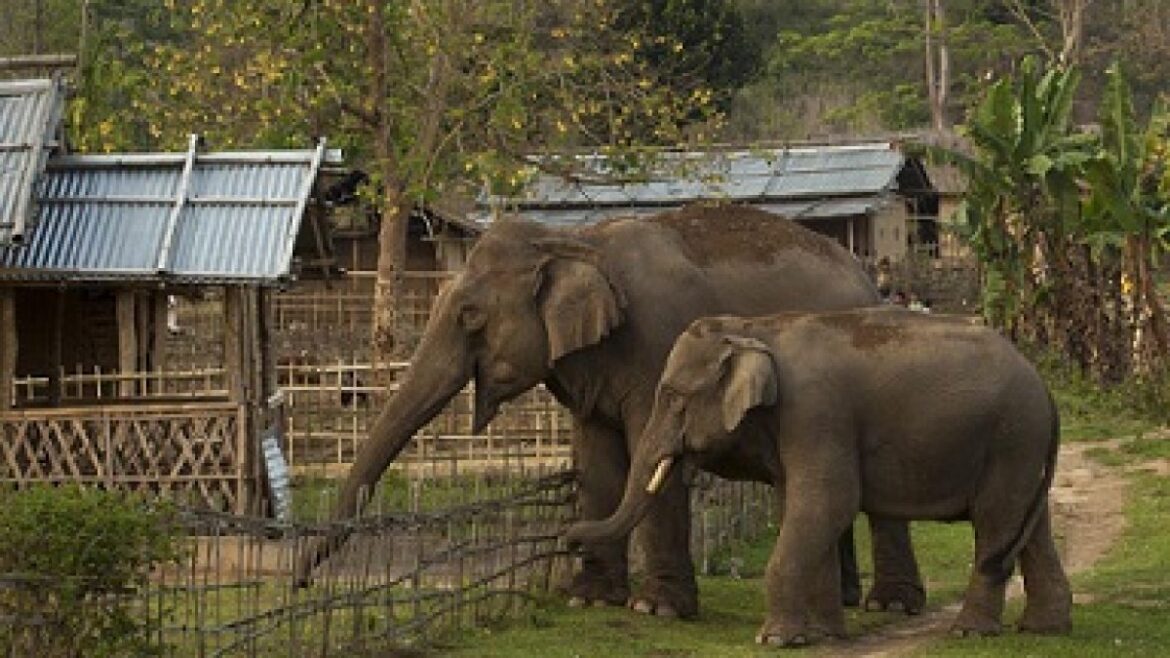 Wokha, Oct. 18 : The national coordinator of elephant cell under the ministry of Environment, Forest and Climate Change, government of India, Dr. Pajna P Panda, has expressed concern on human and elephant conflicts in Wokha district as it is home to 50% of the total elephants in Nagaland and informed that the government at the centre has planned to set up a rescue centre in the state.

Ms Panda stated this during an awareness programme on human-elephant conflict mitigation organised by the department of Environment, Forest and Climate Change, Wokha division, at Morashen hall in Old Riphiyim village on October 18. She has asked the people to come up with new ideas to mitigate human and elephant conflict in a better way rather than resorting to confrontation.

Wokha district which is popularly known as ‘land of plenty,’ Panda said, “When you have plenty, you will also have plenty of problems.” The major reason for human-elephant conflict, according to her, is the result of habitat loss and fragmentation.

While empathising with suffering of the people, she has asked the state Forest department to enhance the ex-gratia from INR 1 lakh to 5 lakh to those who lost their life due to such conflict. She has also commended all rank and file of Forest department in Nagaland for efficiently assisting the people affected by wild elephants. She also appealed to the civil society to assist the department in reaching out to the grassroots and every stakeholders.

“You are the custodian of the state, habitat, fish, land and forest, fauna and flora and you are the conservation warriors,” Panda said. She called upon the gathering to join hands together and strive for a balance and sustainable conservation for the future.

Panda further termed Nagaland as “a home to diversity of indigenous tribes and vibrant culture and a rich biodiversity,” which she experienced during her two-day visit to the state.

In his keynote address, the chief wildlife warden Mhonbemo Ngullie has attributed the conflict between human and elephant to rise in human population and less availability of forest land area. He stated that an adult elephant can consume 150 kg of food in a day.

District Forest Officer, Wokha, Zuthunglo Patton presented a slide show on human-elephant conflict management in Wokha district. Informing that there are 101 elephant corridors listed as elephant habitat area in India, she stated that Wokha was never found to be mentioned in the list.

She also highlighted on short and long term strategies to avoid confrontation with the wild elephants and also mentioned how the forest department and the state disaster management are assisting the affected victims. She has further stressed on the importance of setting up a rescue centre in Wokha district as well as to have positive funding from the centre to help people in rural areas for awareness in protecting the wild elephants and to provide medicines and equipment to avoid conflict.