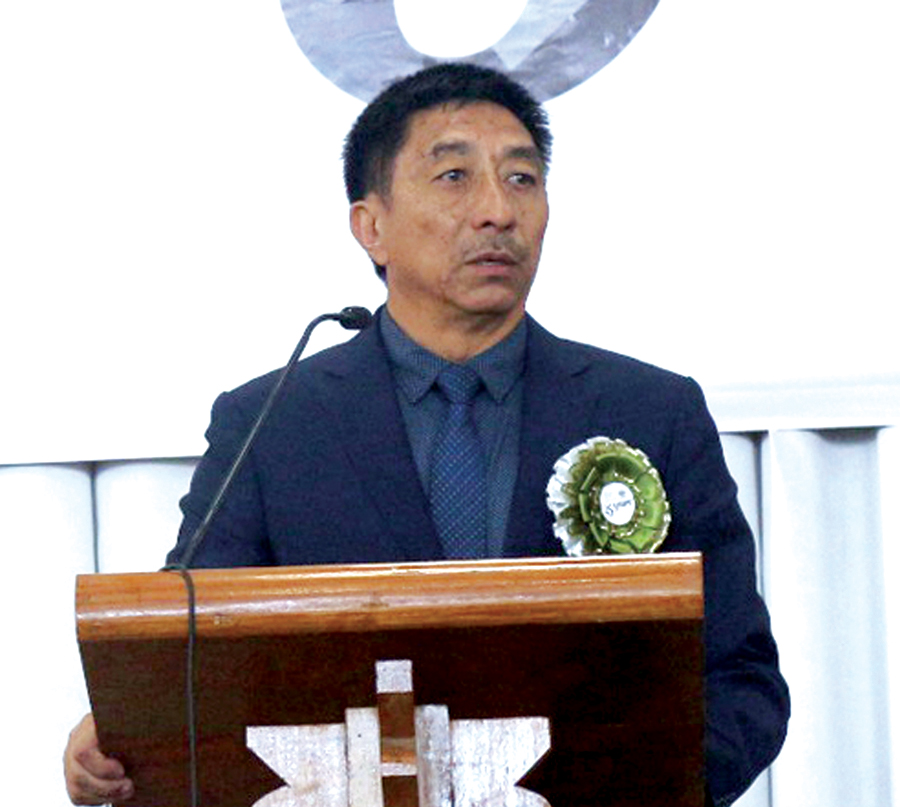 Kohima, Feb. 15 : Nagaland’s lone Lok Sabha MP, Tokheho Yepthomi has issued a clarification regarding his statement in the Parliament last week, stating that he had ‘no ill-motive or intention to go against the Naga political negotiations which have been going on for the last twenty-three-and-a-half years’.

It came a day after the NSCN (IM) issued a statement saying that Yepthomi’s “presentation of Naga case in Parliament leaves much to be regretted” and that it lacked “historical and political dynamics”. The group also took exception to use of “misplaced political terminology” like “underground” and “militants”.

Yepthomi had raised the protracted Naga political issue in the Lok Sabha during the zero hour on February 12 and urged the government of India for an “agreement” to the issue at the earliest.

In a clarification issued on Monday, Yepthomi said that he could not divulge the historical and political dynamics of the Naga political issue, which has been going on for more than seven decades now, as he had to adhere “to the two-minute time given to each Member of Parliament” by the Lok Sabha Speaker on February 12.

“I appreciate and support the Framework Agreement and Agreed Position between Government of India and Naga Groups, therefore as and when the Agreement is signed it will go down the annals of history as testimony of the grit and determination of Nagas,” read the statement.

“I did not contradict my statement about the ongoing negotiations, rather the only issue I raised was in correspondence to the reply of Ministry of Home Affairs to my Unstarred Question No 1330 laid on the 9th February 2021. Wherein the reply was that negotiations were in advanced stage. On the other hand, Hon’ble Governor had stated on the floor of the State Assembly on 12th February that negotiations had been concluded. Herein laid the contradiction to the reply of my Unstarred question which made me raise this issue in Parliament for clarification,” it added.

“Nagas have been living together with mutual respect, love, tolerance and understanding. It is this reciprocity that has made our land peaceful for many years now and I can only hope that by the grace and mercy of God we can leave behind a society better than we found for future generations,” he concluded.