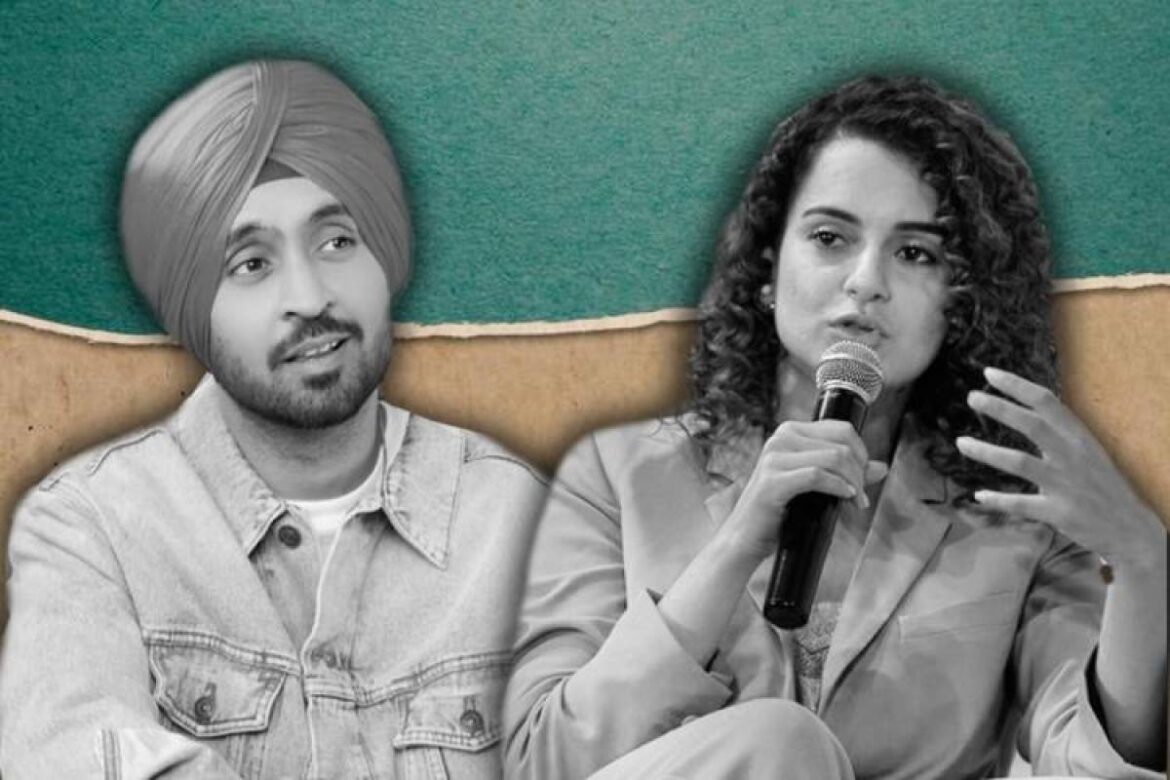 Bollywood actress Kangana Ranaut has claimed in an interview with Republic TV head Arnab Goswami that she dared singer-actor Diljit Dosanjh to say that he is not a ‘Khalistani’, Hindustan Times reports.

However, Dosanjh, who has actively supported the ongoing farmers’ protests, has refused to clarify that he is not a separatist. Speaking to Goswami, Ranaut mentioned, “I openly challenged him (Diljit) to say just once that you are not a Khalistani, he didn’t say it. Youth have been misled, they have been presented with a dream about Khalistan.”

The ‘Queen’ fame actress asked for a nationwide ban on Twitter and referred to it as ‘communist dirt’. She also spoke about the protest toolkit shared by climate activist Greta Thunberg and mentioned that the violence at Red Fort on 26th January had been planned from September 2020 onward itself.

Ranaut has vigorously attacked the status quo of the Hindi film industry in recent times. She earlier took shots at the prevalent nepotism in the Bollywood and has subsequently delved into political issues in the recent past too. The Shivsena-led BMC had demolished Ranaut’s office in Mumbai for speaking up against Chief Minister Uddhav Thackeray and his party in the aftermath of actor Sushant Singh Rajput’s death in June.

However, Ranaut says that she has only suffered for voicing her opinions in the public forum. “I have only lost amid all this. My house was broken, it’s still broken, I suffered losses of up to ₹10-15 crore. So many cases have been filed against me, atleast 6-7 lawyers are handling those cases. Many criminal cases have been filed against me, besides that of sedition. Javed Akhtar is sending me summons every now and then from the film industry,” the ‘Once Upon A Time In Mumbai’ actress said.

She even claimed that leaders of the Congress party ganged up and ensured that she couldn’t shoot in Madhya Pradesh. “You can even find a video. I’m not even a leader, I have nothing. Their official handles troll me all day,” the Padma Shri awardee added.