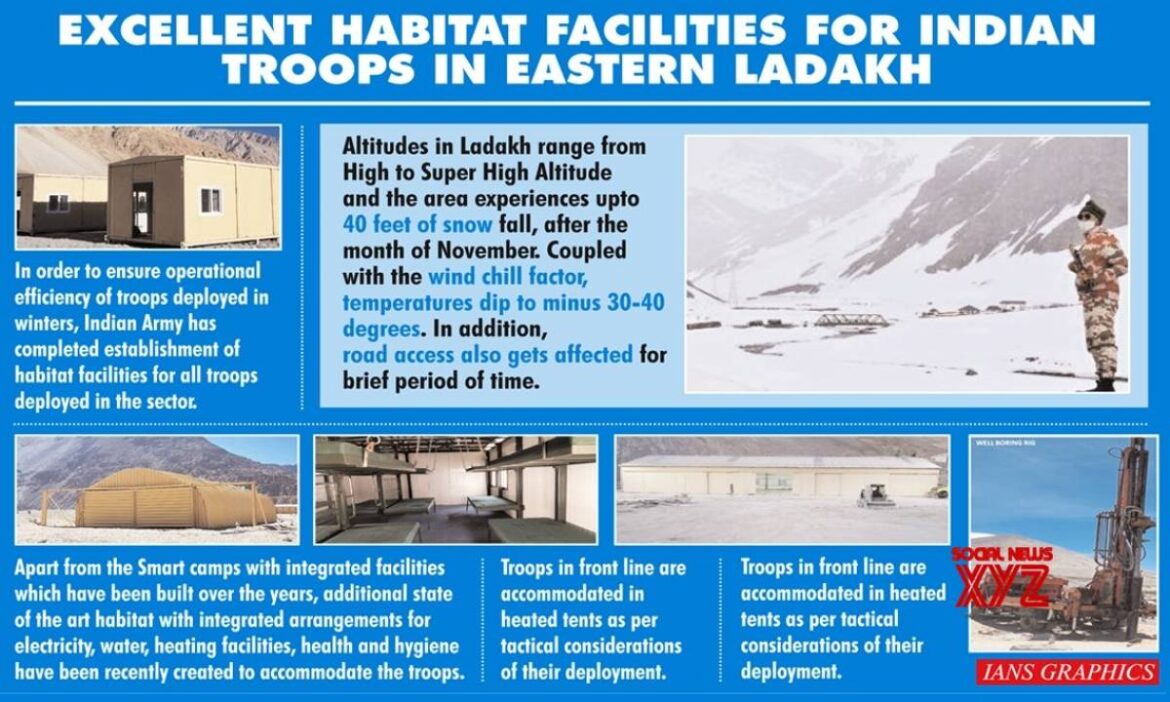 China is making last minute efforts to make emergency procurements of high-altitude gear and clothing for its troops as they were caught unaware of India’s readiness for the harsh winter atop the Eastern Ladkah heights — that has been the bone of contention between the two Asian majors.

India has occupied critical mountain heights on the southern bank of the Pangong Lake including Rechin La, Rezang La, Mukpari that were unmanned till now.

This along with some other peaks allows India to dominate Spangur Gap under Chinese control and also the Moldo garrison on the Chinese side. This has irked the PLA which has made multiple attempts to dislodge Indian troops leading to instances of warning gunshots being fired.

Now, witnessing that India continues to occupy heights even as dark winter months approach just as temperatures have started to dip beyond minus 20 degrees Celsius, China is making emergency procurements to keep their troops also deployed at more than 16,000 feet.

Intelligence sources said that Chinese had procured bulk winter clothing meant for 9,000-10,000 feet but with no disengagement taking place and the standoff continuing, China started bulk procurements to winter gear.

Both the Asian majors have refused to blink despite a long and harsh winter ahead, deployment is being enhanced on either sides.

Whereas Indian Army — having an edge of experience of troop deployment at Siachen heights — in October made procurement of additional high altitude winter clothing from US keeping in mind the needs of the enhanced troop deployment in Ladakh in peak winter amid the military tussle with China.

It was purchased under the Logistics Exchange Memorandum Agreement (LEMOA) between India and US that facilitates logistical support, supplies and services between the armed forces of the two countries. These include clothing, food, lubricants, spare parts, medical services among other essentials.

Apart from that the Indian Army has also completed establishment of habitat facilities for all troops deployed in the sector, sources said.

The living accommodation that will protect the troops from the severe cold and wind chill factor includes fast erectable modular shelters.

The force has also made state of the art habitat with integrated arrangements for electricity, water, heating facilities, health and hygiene have been recently created to accommodate the troops. These shelters can withstand temperatures dipping to minus 50 degrees Celsius.

India and China are engaged in an eight-month-long standoff at the Line of Actual Control in Eastern Ladakh. Despite several levels of dialogue, there has not been any breakthrough and the deadlock continues.

On June 15, at least 20 Indian soldiers and an unknown number of Chinese troops were killed in a violent clash in the Galwan Valley.