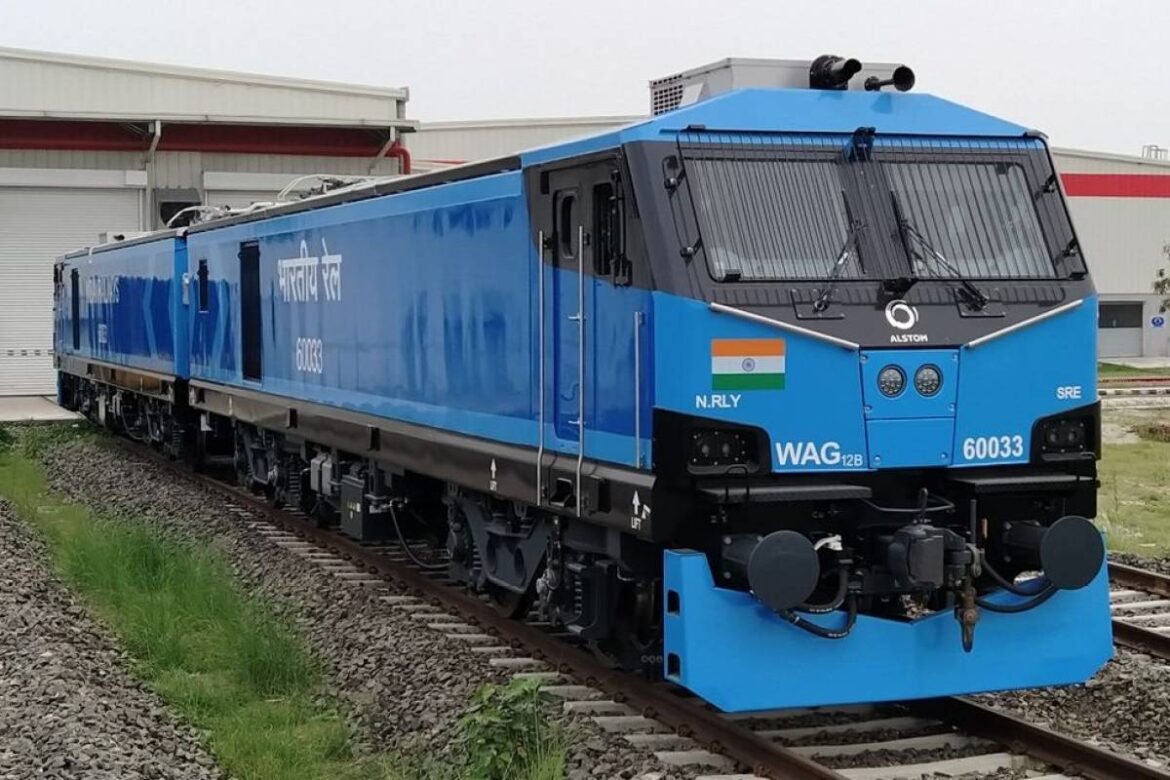 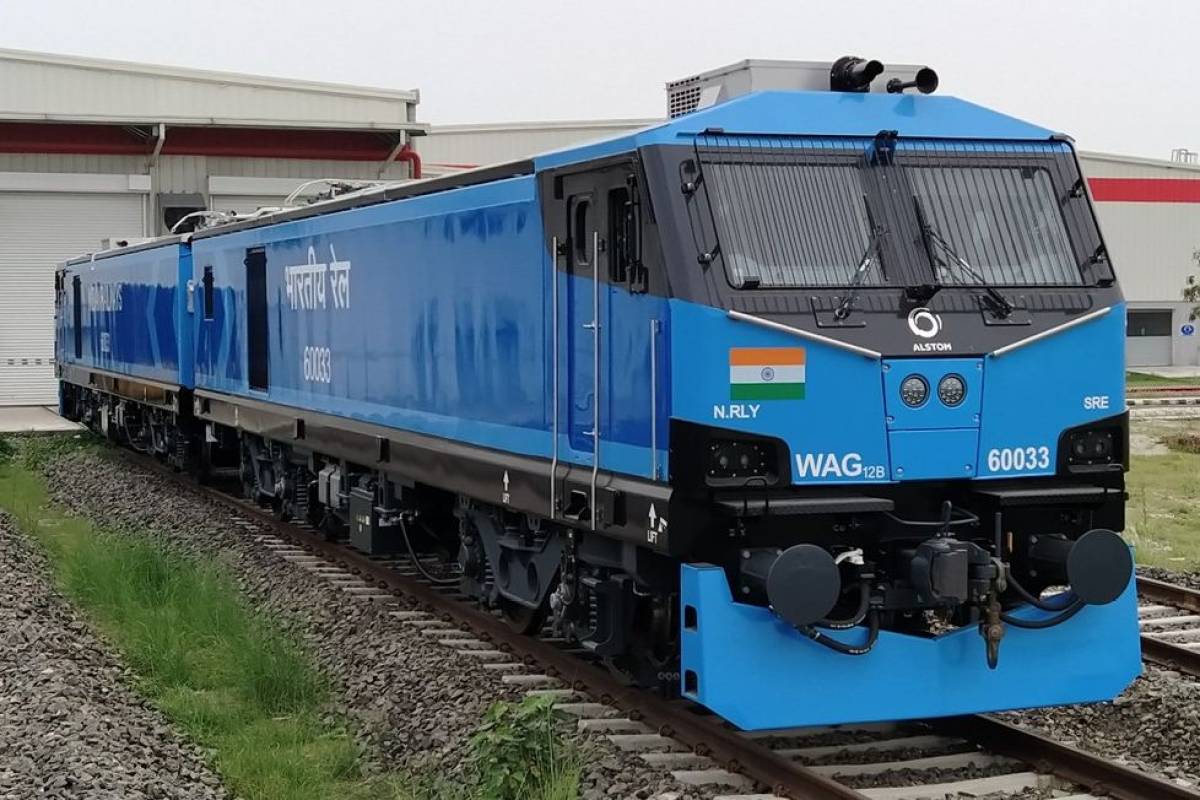 In a decision that will give a mega push to freight transport, Indian Railways has given permission for the world’s most powerful electric locomotive, manufactured by French giant Alstom along with the Madhepura Electric Locomotives Pvt Ltd, to run freight trains at a speed of 120 kmph.

Alstom, in a statement, said that its 12,000 HP electric locomotives have been officially been approved by the Ministry of Railways and the Research Design and Standards Organisation (RDSO) to run freight trains at a maximum speed of 120 kmph.

The Indian Railways began inducting the WAG 12B e-locos in May this year.

According to Alstom, these electric locos will allow faster and safer movement of heavier freight trains capable of hauling 6000 tonnes at a top speed of 120 kmph.

Indian Railways has planned to deploy these 12,000 HP electric locomotives for operations on major freight routes

The Indian Railways has planned to deploy these 12,000 HP electric locomotives for operations on major freight routes, including the Dedicated Freight Corridors (DFCs), where they are expected to increase the average speed of freight trains in India by at least 20-25 kmph.

Alain Spohr, Managing Director, Alstom India and South Asia, said: “The approval from RDSO is indeed a matter of pride for all of us at Alstom and a testimony of our technical expertise in partnership with the Indian Railways.”

“In line with India’s push towards self-reliance, we have successfully leveraged our local engineering and manufacturing capabilities.

“Alstom is also committed to support Indian Railways in reducing its carbon footprint and adopt cleaner technologies in its quest to transform into the world’s largest green railway network. India is a priority for Alstom, and we are committed to work closely with the Indian Railways for all their future modernisation endeavours,” he said.

Spohr also said that the locomotives, equipped with Insulated Gate Bipolar Transistors (IGBT) based propulsion technology, would lead to considerable savings in energy consumption due to use of regenerative braking.

“The technology is also helpful towards making the acceleration process more efficient by reducing the heat generation and traction noise. Additionally, this move will not only bring down operational costs, but also reduce the congestion faced by Indian Railways,” he added.

Touted as the largest Foreign Direct Investment (FDI) projects of the Railways, the Ministry of Railways and Alstom came together in 2015, signing an agreement worth 3.5 billion euros was signed to manufacture 800 electric locomotives for freight services and its associated maintenance.

According to Railway Ministry officials, these locomotives are state-of-the-art IGBT-based, 3 phase drive, 9,000 KW (12,000 horsepower) electric locomotives. The locomotive is capable of maximum tractive effort of 706 kN, which is capable of starting and running a 6000 T train in the gradient of 1 in 150. The locomotive with twin Bo-Bo design having 22.5 T (tonnes) axle load is upgradable to 25 tonnes with design speed of 120 kmph.

The railway official said that the project started in 2018 with Prime Minister Narendra Modi inaugurating it on 10 April 2018.

The prototype locomotive was brought in March 2018, but based on test results showing some design issues, the complete locomotive was redesigned. The new design was inspected by the RDSO at the Madhepura factory and cleared for dispatch from the factory in November 2019, the official said.