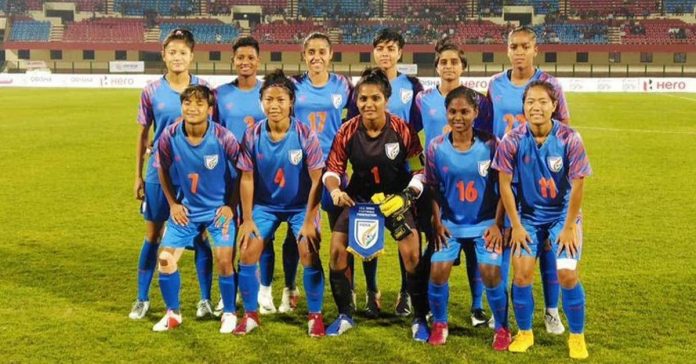 Indian Women’s football team will travel to Turkey later this month to take on Ukraine, Serbia and in all likelihood, Russia as well in a series of international friendlies. The exposure trip is planned to be in preparation for the 2022 AFC Women’s Asian Cup which will be held in India. The friendly tournament will be held in Alanya between 14 and 24 February and will be a big test for the Tigresses against much higher-ranked opponents.

The 20-member squad has a couple of notable absentees in the form of goalkeepers Aditi Chauhan and Panthoi Chanu. Both of them are nursing injuries at the moment and won’t be able to recover in time for the tournament. However, making a comeback to the Indian side after more than a year is Indumathi Kathiresan. The 25-year-old attacking midfielder is also an active policewoman in Chennai and has been working her daily shifts since the start of the lockdown. She was the joint-top scorer in the 2019 SAFF Women’s Championship but had been out of action after being allegedly denied clearance by the Tamil Nadu Police to play for the state or India.

Another important bit of news in this context is that two of the girls who were set to feature in the U-17 World Cup in 2020 have also been picked in the senior side. Youngsters Sumati Kumari and Kritina Devi had both been chosen to represent India at home on the biggest stage but the tournament had to be scrapped following the Covid-19 pandemic. It has since been postponed to 2022 with India being retained as hosts. However, the Indian team then will have a different set of players from the ones that were in the side for the 2020 edition due to age-restrictions.