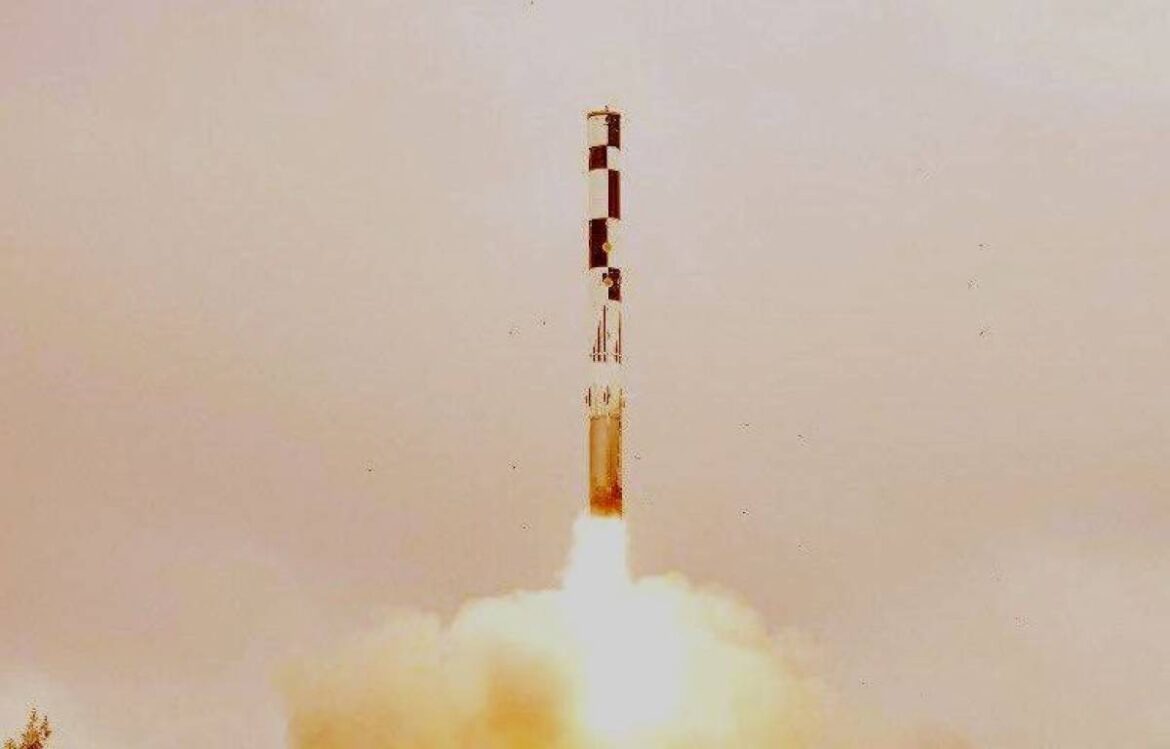 India’s missile test achieve a new height with 8 test in little over month. India is likely to test its ninth missile “Nirbhay” in next few days.

The successful test demonstrated many critical technologies like the use of scramjet propulsion and aerodynamic configuration for hypersonic manoeuvres.

On 22 September, India tested an indigenously designed and developed Anti-Tank Guided Missile (ATGM). It has a range of nearly 4 kilometres.

The next day (23 September), India tested its Prithvi-II ballistic missile. The nuclear-capable missile has a range of around 350 kilometres.

The test was conducted by the Strategic Forces Command, a body under the Nuclear Command Authority, which is responsible for India’s nuclear weapons.

On 30 September, India test-fired an extended-range version of its BrahMos supersonic cruise missile. The missile, which is now capable of striking targets over 400 kilometres away, was tested with an indigenous booster.

The version of the missile currently in Indian service has a stated range of around 290 kilometres.

India decided to increase the range of the missile after it became a member of the Missile Technology Control Regime.

On 1 October, the anti-tank guided missile was tested again, this time from an Arjun Main Battle Tank. The test was conducted at the KK Ranges in Armoured Corps Centre and School in Maharashtra’s Ahmednagar.

On 3 October, India test-fired its indigenously-developed nuclear-capable hypersonic missile called Shaurya. The missile, a land variant of the K-15 submarine launched ballistic missile, can go up to speeds of 7.5 Mach.

Shaurya missile has a range of nearly 1,000 kilometres. It can be launched from silos and canisters mounted on a truck or based on land.

The government has quietly approved the induction of this missile, reports say.

This weapon, which carriers a lightweight torpedo as its warhead, can be launched from an Indian Navy vessel or a shore-based facility.

The torpedo uses a parachute to reduce its velocity. After entering water, it uses its own guidance system to look for the target.

The range of this anti-submarine weapon system, although not confirmed by the DRDO, is likely to be around 650 kilometres.

Also called Rudram-1, the missile can hit targets at a range of 250 kilometres.

It can be used to hit radiation-emitting sources in enemy territory, like radars.

Later this month, India is likely to test its Nirbhay subsonic cruise missile.