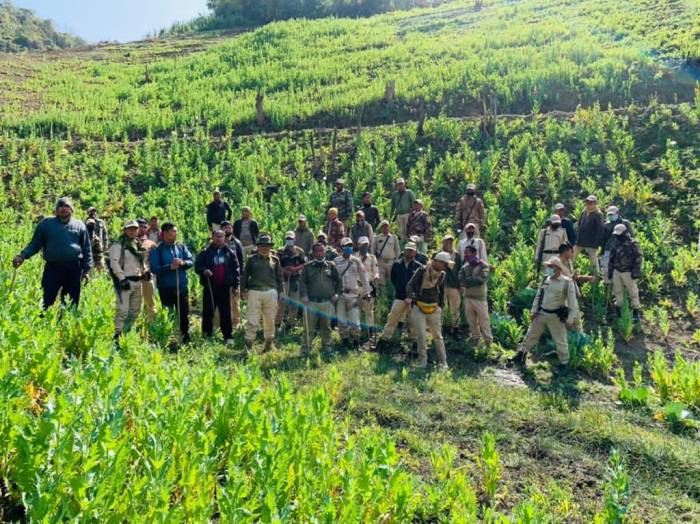 Imphal, Feb 14,2021: The government of Manipur over the last few months has been engaged in destroying poppy plantation specially in hill district in its effort and fight against drugs coined as ” War Against Drugs” .

A letter supposedly signed by Deputy Kilonser( read as Deputy Minister) BP Abui, Government of People’s Republic of Nagalim (GPRN) has surfaced. The letter is a receipt of illegal tax issued with license to grow poppy in some villages of Kangpokpi district of Manipur.

The letter is now widely circulated in Social Media platforms.