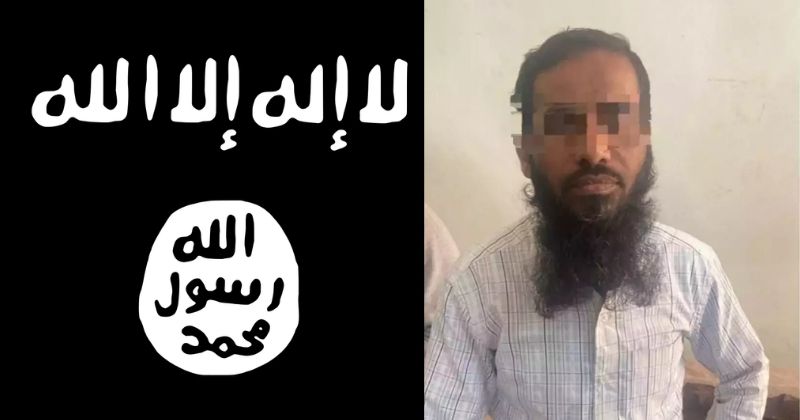 The special task force (STF) of Kolkata police on January 9, 2023, apprehended a person with suspected links to the terrorist organisation Islamic State ( ISIS ). This is the third arrest in just three days by the STF. The accused identified as Abdul Raqib Qureshi was arrested from Khandwa, Madhya Pradesh.

He was associated with the terror organisation, Students Islamic Movement of India (SIMI). In the past, three cases including UAPA were registered against him. He has completed the sentence in two cases and is on bail in the third case.

The STF recovered one mobile phone, one pen drive and other incriminating articles recovered from Qureshi.

The Kolkata Police disclosed that Querishi has an important connection to the terror module that was busted on January 7, 2023, after the arrest of two suspected ISIS operatives, Mohd Saddam and Syed Ahmed from the eastern slope of Vidyasagar Sethu, Kolkata.

On January 6, 2023, the Kolkata Police’s STF apprehended two tech graduates with suspected connections to ISIS from West Bengal’s Howrah. Police identified the arrested as Mohd Saddam and Syed Ahmed. Arrested were sent to police custody till January 19. Tech graduates were planning terror attacks in various parts of the country.

Mohd Saddam and Syed Ahmed were on the radar of security agencies for some time. Police also recovered one laptop and two mobile phones from the arrested suspects.

The officials added that during the preliminary inquiry, it was revealed that both men were involved in brainwashing young people to join the terrorist group ISIS and secure funding to expand their network.

“They were promoting anti-national activities and radicalism on social media. They used videos of explosions and killings to incite anti-national sentiments among youths. Several youths seem to have fallen into their trap,” the officer said.

As per the police, Mohd Saddam is a mechanical engineering student at Aliah University in New Town. Along with Syed Ahmed, Saddam used social media to brainwash youths to unite militant organisations and provoke anti-national activities. They were using propaganda videos to brainwash. Saddam has also connected with IS operatives in Pakistan and West Asia.

The duo was charged under sections 121 (waging war against the government) and 122 (collecting arms to wage war) of the Indian Penal Code, and are now in police custody.