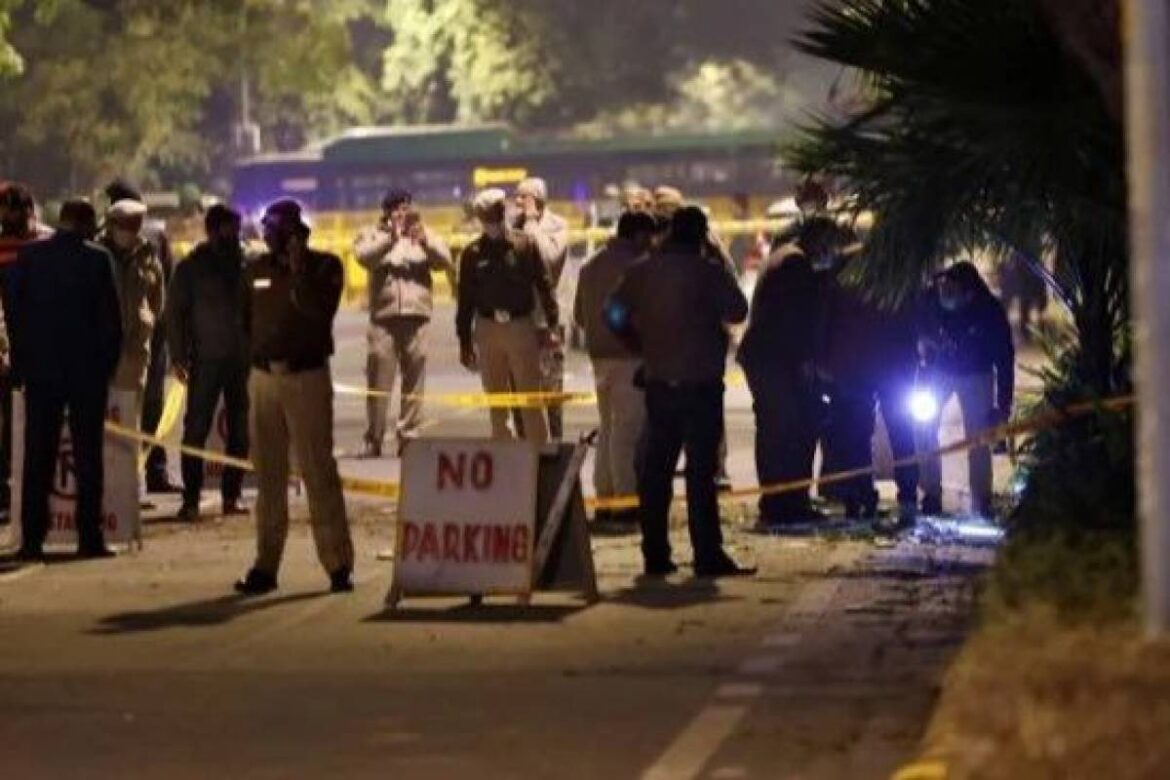 The investigation is on in the Improvised Explosive Device (IED) blast the took place near the Israeli embassy in New Delhi on Friday evening, and as per latest reports, the needle of suspicion is pointing towards Iran with local involvement.

Reportedly, the counter-terrorism officials in New Delhi say that there is enough to suggest the involvement of Tehran in the blast. Investigators are still looking for the people who actually planted the bomb.

“Deliberate efforts have been made to firewall the real perpetrators behind the terror incident with false flags and deniability built into the attack that obviously was carried out at the behest of Iran,” a senior official was quoted as saying by Hindustan Times.

The officials further said that they are focusing on Indian students who have returned after studying at Qom, one of the holiest cities in Shia Islam, in Iran; a particular city in south India; and a Shia dominated city in Afghanistan.

There were no causalities, injuries or damage to any property was reported due to the incident. After the blast around 5.11 pm, the investigators recovered a letter addressed to Israeli Ambassador to India, Ron Malka.

The letter was addressed to “The Terrorist, Devil of Terrorist Nation Dr Ron Malka” and was written by someone who identified himself as “Sarallah India Hezbollah”.

The letter swears revenge for the killing of Iran Quds Commander Qassem Soleimani, and Abu Mehdhi Al Muhandis, who were killed in a US drone attack in January 2020, and Iranian nuclear physicist Dr Mohsen Fakhrizadeh, who died in a car bomb attack in Iran in November 2020.

“This is just a trailer presented to you, that we can observe you, from eating to …..Mind it, all the participants and partners of Israelian terrorist ideology will be no more in existence. Now get ready for a big and better revenge of our heros (Soleimani, Muhandis and Fakhrizadeh).”

The letter claimed that the group can “end your life” anytime and that “Israeli terror shelters would be destroyed”. It ended by saying : “ All you have to do (is) just count your days now.”

Despite such claims, the IED itself was very basic in nature. Investigators suspect it was put together by an amateur, possibly guided by a cyber handler abroad.

Previously, the special cell team of Delhi police has acquired the CCTV footage of the area that shows a cab dropping off two people who walked towards the embassy. The authorities are acting upon the same as attempts are being made to identify the cab driver, Hindustan Times reports.

Before the blast, at 3.27 pm, a Telegram entity, [email protected] claimed responsibility for the blast near the Israeli Embassy on behalf of an unknown group called “Jaish ul Hind”.

The Jaish ul Hind has a Facebook account (jaish.ulhind), which is currently locked, a private group with 56 members.

Islamic State is a hard line Sunni organisation, which considers Shias as non-believers. Another contradiction is that the people mentioned in the letter, Al Muhandis, Soleimani fought against Islamic State.

Security is being ramped up in sensitive areas of Jaipur and Mumbai as a high-alert has been issued in these cities. Meanwhile, sketches of the cab driver are also being drawn for his recognition.

Sketches of the cab driver are also being drawn for his recognition.

Israel’s Prime Minister Benjamin Netanyahu expressed complete confidence over India conducting a comprehensive investigation into the incident and looking after the safety of Israelis present in the country.

External Affairs Minister Dr S Jaishankar and National Security Advisor Ajit Doval immediately swung into action by speaking to their respective counterparts from the middle-eastern country regarding the explosion.

Apparently, the blast took place on the 29th anniversary of the establishment of diplomatic ties between New Delhi and Jerusalem.

Moreover, Prime Minister Narendra Modi, President Ram Nath Kovind and Vice-President M Venkaiah Naidu were less than two kilometers away from the Israeli embassy at the time of the blast. They were attending the Beating Retreat ceremony at Vijay Chowk. In the meantime, Union Home Minister Amit Shah is taking stock of the situation and even cancelled his much-anticipated trip to West Bengal for the same.