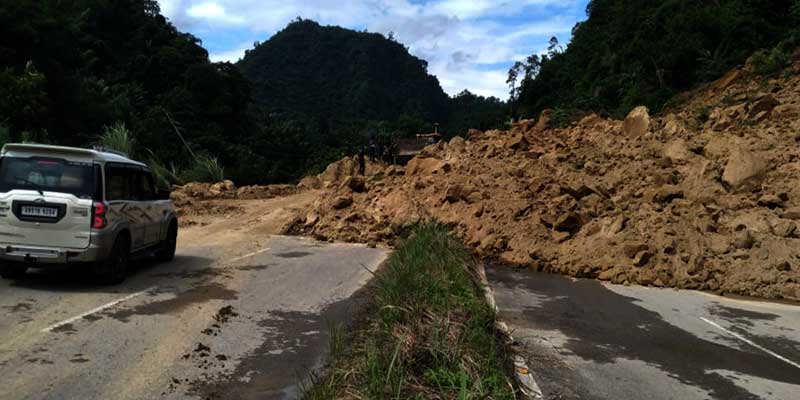 Itanagar-   A massive landslides occurred in between Hollongi –Itanagar (NH 415) this morning around 10 am and road was blocked for more than 3 hours. But road is reopen for traffic movement within three hours after landlside, informed Nani Tath,   Executive Engineer, Naharlagun Highway Division.

Executive Engineer said that information was received at around 9.30 this morning that a massive landslide has taken place on Itanagar-Hollongi road and the road and the traffic has been badly affected.

The road was blockade due to massive landslide at around 6 KM from Hollongi check gate toward Chimpu. Tath said.

Accordingly, tools and machinery was arranged and the road was reopened and the traffic movement was restored at around 11.45, he added.

There is no any reports of lost of life and property. Per local people account,  one person suffered minor injury and able to escape safely from big landslide, while they were riding bike with triple carry on the road .