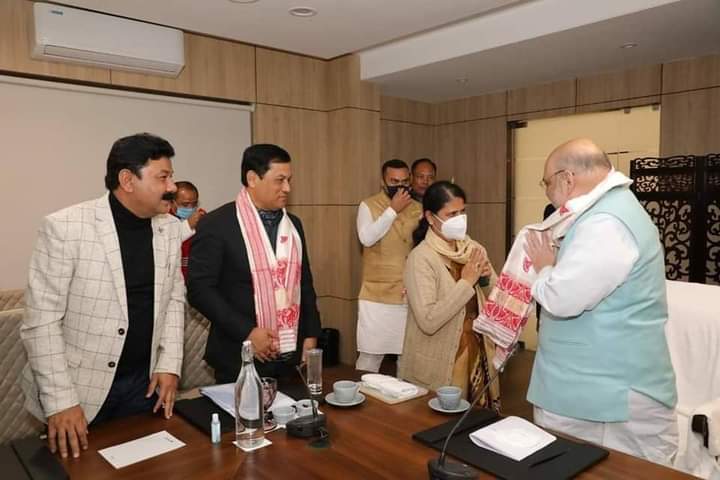 GUWAHATI: Former Assam minister and Golaghat MLA Ajanta Neog and Rajdeep Goala will join the BJP on Tuesday at its party office here.

Both the leaders had met union home minister, Amit Shah, on Saturday and expressed their decision to join the saffron party.

She had told media, “When I was in Congress, I was in party discipline and hence I was not able to express my views clearly.”

Earlier, Congress had expelled Neog on Friday from its primary membership for “indulging in anti-party activities”.

Assam Pradesh Congress Committee (APCC) president Ripun Bora had alleged that Neog’s joining would not impact the party. Ajanta Neog and Rajdeep Goala will join the BJP which will impact the Party for sure.

“BJP has forced her to join the party. We have inputs that she was threatened by BJP as her name was surfaced in a previous scam in state’s social welfare department,” said Congress sources.

Reacting to their joining, senior Congress leader Sushmita Dev said, “If BJP is so confident, then why are they poaching Congress people.”

State’s senior cabinet minister Himanta Biswa Sarma said, “No one joins BJP with any condition. People join BJP only to be a part of Bharat Nirman. The party welcomes all who wants to be part of the new India and gives them opportunities to work as per their caliber.”