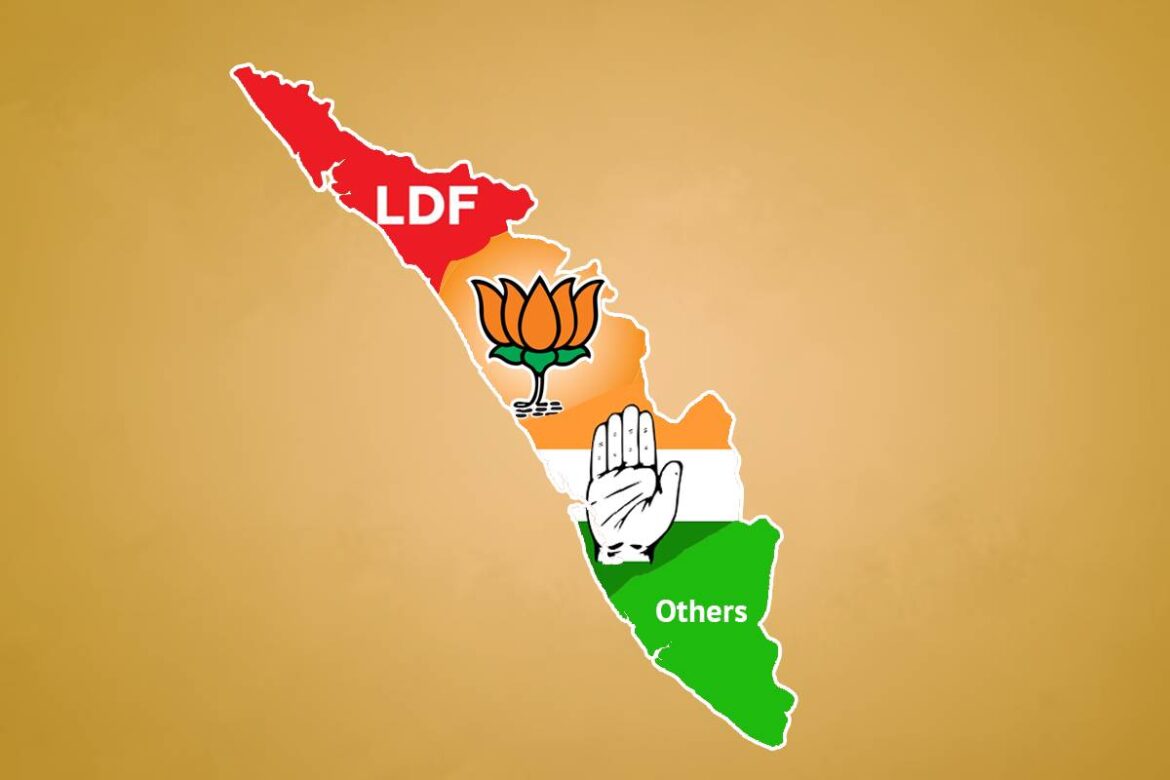 The average Swarajya reader is probably no fan of Marxism, communism, socialism or liberalism, and probably lists these, and other ‘ideologies’, as many of those perniciousisms which gravely infected India over the past century.

Such a reader, probably, also views the ongoing, magnificent, socio-political churning in the country as an event which is overdue by a few centuries. Yet, an objective analysis of the recently-concluded local government elections in Kerala shows that Chief Minister Pinarayi Vijayan, and his Left Democratic Front coalition (LDF), bucked the odds to sweep the board.

The LDF won four of the six corporations in the state, 11 of 14 district councils, 112 of 152 block panchayats, and 514 of 941 village (gram) panchayats. They came second to the Congress-led, Muslim League-supported, United Democratic Front (UDF) coalition, only in the municipality elections, winning 35 out of 87 (the UDF won 45). But even there, they were down only nine from 2015.

The communists went into these polls with two major millstones, and popular wisdom had it that they would succumb to those weights: first, a disastrous handling of the Wuhan virus epidemic, which revealed political ineptitude of staggering proportions; and second, a series of corruption scandals with international and domestic terror angles, which pointed to the very top of the Marxist edifice.

In spite of that, the LDF managed to not just hold its own, but improve its performance in the local polls as well. They did that in two ways: one, by holding on to their core vote base, and two, by breaking the UDF.

Looking at the numbers, it seems that it was the second which had more impact: the communists managed to wean the principal faction of the Christian Kerala Congress away from the UDF. This move had meandered over the monsoon, but it was the only way out for Vijayan — he needed to compensate for the Hindu vote he had been steadily losing since the ‘sacrilege’ at Sabarimala.

True politics means being able to turn things around when the chips are down, and as much as one may hate to admit it, Vijayan has managed to do exactly that. As we see, getting a chunk of the Christian vote has done wonders for the communists. It has cut the margins with the UDF.

These trends may not hold until the assembly elections, but they have the following impacts:

The communists have wrested a vital pause, to temporarily arrest the headlong electoral decline they had pitted themselves unto, through their utter incompetence and multiple, grave allegations of corruption at the highest levels. Now, whether it is the truth or not, they will be able to use the local government election results, to crow twice.

First, that this represents a validation of their ‘Kerala Model’ of epidemic management. And second, that the various central agencies currently investigating communist-related corruption cases, with national security dimensions, in Kerala, are doing so purely out of political bias, at the behest of their political masters in Delhi. Neither is the truth, but that is how this latest mandate will be spun by the Marxists.

Electorally, an influx of Christian votes into the LDF from the UDF is a direct shift which negates the advantage the UDF would otherwise have had, and crazily, even puts the LDF ahead in places, because the UDF, too, is busy losing votes to the BJP.

To put it in perspective, the Congress and the UDF swept Kerala in 2019, and squeezed the LDF badly, because they managed to concentrate the minority vote.

The Kerala Congress’s switch to the communists has eroded that UDF advantage significantly.

Case in point is Christian-dominated Kottayam district, where the LDF swept 10 of 11 blocks, and 39 of 71 panchayats. Another example is Kollam Corporation, where the LDF won 39 of 55 seats, the BJP got a commendable six, and the Congress was left with far less than what they had in 2015 (16 in 2015; nine in 2020; down seven)

The Congress-led UDF had been taught a painful lesson: that the power of the minority vote far outweighs any allegation of malfeasance or incapacity.

To press the point home, the communists swung swathes of wards in the backyards of major Hindu Congress heavyweights like Mullapally Ramachandran and Ramesh Chennithala, and swept the Muslim-dominated Ponnani municipal elections (38/51 seats).

Obviously, the Christian vote, which the turncoat Kerala Congress commands in pockets, is now functioning as a swing factor for the LDF over the UDF, where the BJP is nowhere. And, the Muslims too, are hedging their bets, to accommodate those sections who worry that too much association with the Congress will only heighten community stigmatisation.

Now we know who benefited from pretending that the Tablighi Jamaat members were not vectors of the virus in Kerala. There’s a lot going on in Kerala, and the assembly elections will be tough to predict.

Of course, it may be in the UDF’s overall strategic interest to again retain an element of Hindu tokenism, for show, but the local elections have shown (exactly as the 2019 Lok Sabha elections did) that the forthcoming assembly elections will be won by the coalition that shores up the minority vote more effectively.

The clear implication is that we may expect more kowtowing by the Congress to the Muslim League, and concerted efforts to seize every last Christian vote.

Importantly, this also means that no matter how much the Congress projects Ramesh Chennithala as the party’s face, on TV, it is Oommen Chandy who will be their chief ministerial candidate without question.

The BJP will be hard pressed to secure a material mandate of any sort until it emerges from its Nair echo chamber. This is the harsh truth. They have made a start by appointing K Surendran as the state party president, and the core vote base has rallied valiantly behind the man, but it is simply not enough.

The problem is that they have been unable to capitalise on the relatively-spectacular gains they made in the 2014-2016 period (when they nearly dislodged Shashi Tharoor in Thiruvananthapuram Lok Sabha seat, and opened a solitary assembly account in 2016). Their 2020 tally in Trivandrum Corporation, which they were expected to sweep, is the same as it was in 2015 – 34 seats out of 100.

They will not be able to breach the crucial 25 per cent vote share mark (which is when their votes-to-seats conversion factor will come into play) at the state level, unless they can woo the Ezhava Other Backward Class vote in significant numbers, and tap into a simmering Christian undercurrent, which has repeatedly expressed inclinations to junk identity politics for the mainstream.

Nonetheless, the current efforts have shown fledgling, positive results — the BJP swept Palakkad and Pandalam municipalities, and won wards for the first time in corporations, municipalities and panchayats across the state. It’s a start, and we may expect the BJP to use these results as a springboard for their 2021 assembly elections campaign.