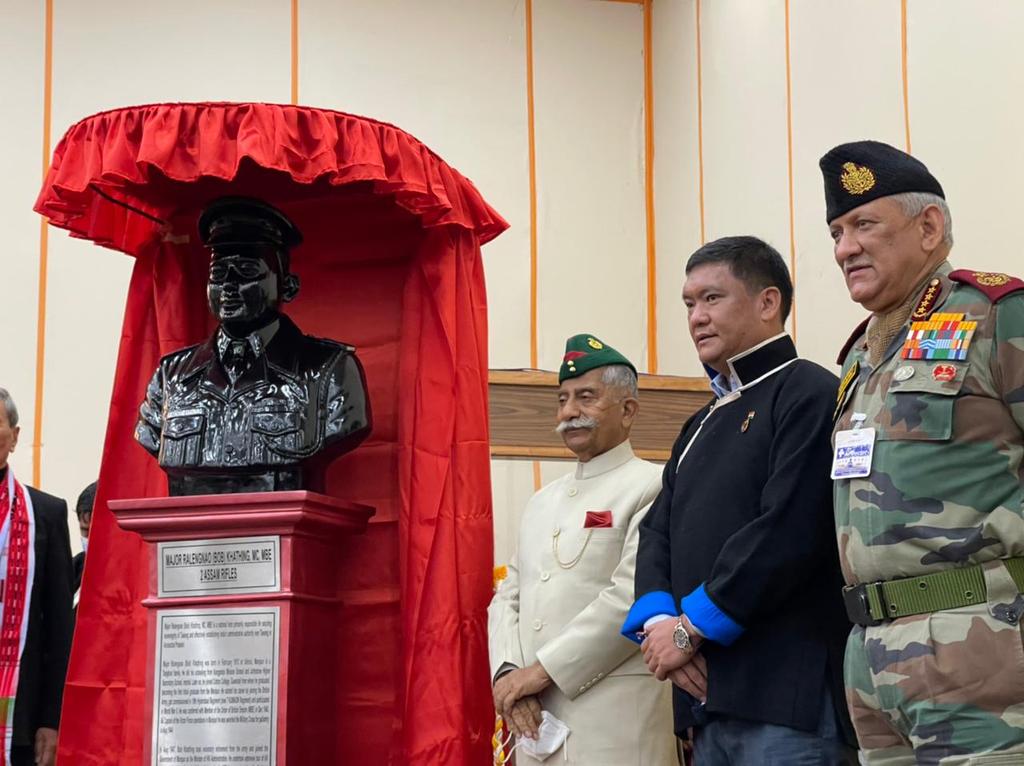 The announcement comes in as Arunachal Pradesh remembers and pays tribute to Major Ralengnao Bob Khathing, the Tangkhul Naga Soldierfrom Manipur who secured Tawang for India without shedding a drop of blood, at the Foundation Stone laying ceremony at Tawang.

The memorial and Foundation Stone laying ceremony at Tawang on Sunday marks the official recognition of Lt. Ralennao Khathing’s contribution for hoisting the Indian flag in 1951, bringing Tawang under India officially.

Major Bob Khathing secured Tawang for #India & unfurled the tricolour on this day, 70 yrs ago. Today, Govt of Arunachal Pradesh through CM @PemaKhanduBJP Ji honours his legacy by laying the foundation for the "Major Ralengnao ‘Bob’ Khathing Memorial Museum" in Tawang. pic.twitter.com/Q7yah7vgi2

The memorial to be constructed will also house museum of Monpa tribe’s tradition and a cafeteria, Khandu said. Pema Khandu in February 16 had made the announcement while  attending an event at Tawang to felicitate a newly elected gram panchayat and zila parishad chairpersons. He said “This memorial will be our tribute to Major Bob Khathing.”